It has unfortunately become an all-too-familiar scene of racial slurs, Islamophobic rants and attacks, and anti-Semitism permeating across our land. The incident that occurred May 26in Portland, Ore., was no different; yet, it was different.

A man alleged to be a white supremacist reportedly began screaming anti-Islamic slurs to two women, one of whom was a Muslim wearing a hijab (Islamic covering), on a commuter train. This appeared to be another incident of Islamophobia.

However, what was different was that there were three men who stood up to defend the young women. All three men from varying backgrounds, strangers to each other, came together to stop a transgression. They tried to intervene and stop him, but in the process, two of the three men, according to police, were fatally stabbed by the perpetrator, and the third was seriously injured; we pray for his speedy recovery. Our most heartfelt condolences go to the families on their great loss.

It is also a great loss for all of humanity to lose such honorable and selfless individuals. They were considered heroes, but beyond that, they were truly martyrs, with two of the men dying while protecting others and standing up to injustice.

The men had much to look forward to in their lives: Taliesin Myrddin Namkai Meche was a recent graduate of Reed College; Ricky John Best was an Army veteran with a record of service in Iraq and Afghanistan; Micah Fletcher, who survived, was a young poet and student of Portland State University. Fletcher, while a high school student, won a poetry contest by condemning prejudice against Muslims due to the 9/11 attacks. He truly acted upon what he preached. These men thought nothing of their own lives but only the desire to prevent any harm to come to the innocent.

They certainly continue to be an inspiration for all of us to become proactive in the face of wrongdoing. If we were all stood up against oppression, then hate and its crimes would not have a chance to rise. It was reported in May by the Council on American-Islamic Relations that in 2016 there had been a 57 percent increase in anti-Islamic incidents.

The day after the incident, three Muslim organizations, Muslims4peace, CelebrateMercy and the Muslim Education Trust, created a LaunchGood online fundraising campaign to raise $60,000, to assist with funeral expenses and medical bills for the victims’ families.

This in turn, brought about more kindness from the masses as the public met the goal within five hours, and then surpassed the initial amount by thousands of dollars more. It also brought about unity. Hundreds of people attended events at Muslim community centers in Portland to remember these brave men and to learn what they can do to help.

The power of the human condition to spread and maintain good is not only contagious but also unbreakable. In addition, unity and mutual respect are merely words when they are written or spoken, but when they are acted on daily, then they create a harmonious society.

This is something we should all strive for regardless of one’s faith or background. The four brave souls who followed the culprit until he was apprehended by police and the three men who intervened and were stabbed are all truly successful individuals because they endeavored to uphold peace. 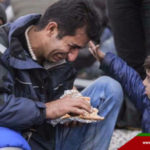 Humanity is Crying Out Loud! 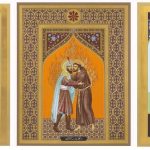 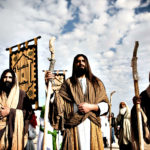 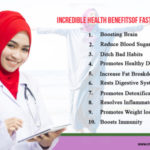 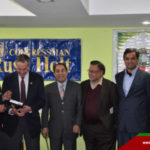 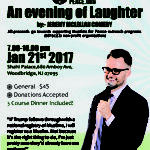