PAKISTAN – Muslims for Peace strongly condemns the attack on a Christian church in Peshawar by two suicide bombers that killed 75 and wounded at least 100 parishioners.

“We call on the Government of Pakistan to secure all religious minorities within its borders. This cowardly un Islamic act is a slap in the face to Pakistan’s rich inter communal history,” Zehra Ali Rizvi MFP Executive Director said. “We pray Allah safeguards all who peaceably assemble everywhere. The time has come for the Government of Pakistan to lift its’ blinders and do the right thing for a change.”

The attack took place a day after militants from the Saudi funded Somali terrorist group Al-Shabab fatally shot at least 68 people at a mall in Kenya. The bombing took place at the All Saints Church in Peshawar, capital of Pakistani Taliban-infested Khyber Pakhtunkhwa Province bordering Afghanistan, after the Sunday prayer services.

Sectarian violence between majority Sunni and minority Shia Muslims has become increasingly common in Pakistan, and Sunday’s attack will likely fuel fears the already-beleaguered Christian community could be increasingly targeted in the near future.

The Saudi backed Taliban militants have carried out hundreds of bombings targeting security forces and minority Muslim groups they regard as heretical, but attacks on Christians have previously largely been confined to grenade attacks and occasional riots.

Social media was abuzz with condemnations from Christians and moderate Muslims, who said attacks on minorities and growing intolerance had brought Pakistan to the brink of collapse.

Human Rights Watch has sharply criticized the Pakistani government for not doing enough to crack down on the killings and protect the country’s vulnerable minority communities. It said more than 600 Shiites were killed in targeted attacks in Pakistan in 2012-13, including over 120 in Baluchistan. “2012 was the bloodiest year for Pakistan’s Shia community in living memory and if this latest attack is any indication, 2013 has started on an even more dismal note,” said Ali Dayan Hasan, Pakistan director at Human Rights Watch. “As Shia community members continue to be slaughtered in cold blood, the callousness and indifference of authorities offers a damning indictment of the state, its military and security agencies,” Hasan said. “Pakistan’s tolerance for religious extremists is not just destroying lives and alienating entire communities, it is destroying Pakistani society across the board.

Muslims for Peace strongly condemns such acts of violence and hatred that are being carried out under the guise of Islam. This growing ideology of hatred and intolerance of different sects and religions is a poison that is tainting the name of religion. In light of these recent tragedies, it becomes crucial for us to continue to bridge the gap between the peace loving people of all ideologies. 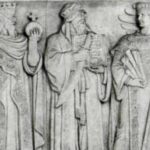 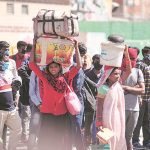 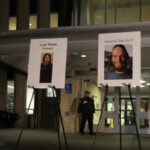 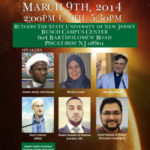