The significance of fasting in Islam can be deduced from many verses of The Holy Qur’an. For example, the verses 2:45 reads:

And take recourse in patience and prayer, and it is indeed hard except for the humble.

Based on several narrations, “patience” has been interpreted as fasting due to the fact that fasting, consisting of abandoning certain acts such as eating and drinking for part of the day is one of the best forms of patience. Muslims have been advised by the narrations to resort to fasting when confronted with challenging problems and difficulties.

Although fasting is deeply connected to the month of Ramadan, it is an important act of worship by itself that cab be performed outside Ramadan as well. Except for two forbidden days, fasting is a recommended deed throughout the year, especially in certain months such as Rajab and Sha’ban and on certain days such as Mondays and Thursdays.

Moreover the month of Ramadan, regardless of fasting, provides a great opportunity to give even to those upon whom fasting is not incumbent an opportunity to benefit from countless merits of this month. Interestingly, this opportunity is not confined to mature people, for Islamic narrations state that a fetus in his/her mother’s womb or an immature child can participate in this banquet of Allah (SWT). Furthermore, sleeping is not regarded as an impediment for one’s share of the excellence of the month of Ramadan.

Month of Ramadan as described by the Holy Prophet of Islam

In a well-known sermon delivered by the Holy Prophet of Islam (S) in the last Friday of the month of Sha’ban, he emphasized:

Oh people! Month of Allah has come toward you bringing divine blessing, mercy and forgiveness. 1
The subtle point in this phrase is the fact that these three divine offerings are not granted to the people at the end of this month; rather, these are the special gifts of the month of Ramadan from the very day it begins.

This is the month in which you have been invited to the banquet of Allah. 2

According to the wording of the above phrase, people are “invited” to this banquet. Therefore, in order for one to enter such an auspicious banquet, he should accept this invitation and act upon it.

Generally speaking, while “banquet” is understood as requiring something to eat, drink and may also include some kind of entertainment, the “banquet of Allah” is essentially different. Fasting is a condition for one in order to receive the special gifts granted by Allah (SWT) in this banquet.

Essential elements of a banquet

For grasping the character of divine banquest, we should first note that every banquet consists of four essential elements:

In this month, you are made of those people whom Allah respects and honors. 3

Your breaths in it (the month of Ramaḍan) are glorification (of God) and your sleep in it is worship. 4

“This is the month in which you have been invited to the banquet of Allah..” This part of the sermon inspires the fact that this blessing has been dedicated to the month of Ramadan. The Holy Prophet of Islam added:

Although this month’s prominence over others involves that its days, nights and hours are the best as well, by mentioning these three phrases independently, the Prophet emphasized that every portion of this month is better than its counterpart in every other month.

Recommendations for the month of Ramadan

The sermon continues by several instructions:

Oh people! The gates of heaven are open in this month. So ask your Lord not to close them.6

The phrase, ‘the gates of heaven being open’ has at least two meanings:

I The chance of the one to deserve entering heaven is more in this blessed month than the other months.

II Due to the openness of heaven’s gates, all kinds of divine mercy in heaven are ready to encompass the servants in tis world, angels are permitted to come to their presence and the breeze of heaven blow into this world. These make the sleep and breaths of the faithful in the month of Ramadan like the inhabitants of heaven glorification of God and worship.

Although the gates of heaven are open, the Holy Prophet warns people that if they do not appreciate such a great opportunity, subsequently Allah (SWT) will close them. The situation of the gates of fire is quite the contrary:

And the gates of the fire are closed. So ask your Lord not to open them.7

Along these lines, the condition of satans is described as follows:

And satans are in chains. So ask your Lord not to dominate them over you. 8

Although Satan and his assistants are chained up in this month, committing sins results in releasing them. Therefore, while the month of Ramadan is the best month in itself, for a group of people, this month is worse than the other months just as the Holy Qur’an is

“a cure and mercy for the faithful; and it increases the wrongdoers only in loss” (17:82).

The fourth Holy Imam, Imam Sajjad, (A) in his farewell supplication for the holy month of Ramadan declares:

Oh month of Ramadan! Peace be upon you! How long you were for wrongdoers and how awesome you were in the hearts of the faithful! 9

As implied by this supplication and as proved by the experience, the month of Ramadan, for those who do not fast deliberately and without any religious excuse, seems like a whole year and every moment of it is a kind of torture for them. On the contrary, those who do their best to appreciate this month find it passing quickly and are concerned about losing a second without taking the full benefit of it.

Another instruction offered by the Holy Prophet in his Sh‘baniyyah sermon is:

When you feel hungry and thirsty in this month remember the hunger and thirst of the Day of Judgment. 10

They will call out,” O Mālik! [the name of the guardian of the hell] Let your Lord finish us off!” He will say,” Indeed you will stay on.

According to the Holy Qur’an, there is no death for wrongdoers in the hereafter and even when their skin is burnt a new one will be replaced so the punishment of the hereafter is always experienced as a fresh one! Chapter 4 Verse 56 reads:

Surely those who disbelieved in Our Signs and Miracles, We shall cast them into the Fire. As often as their skins are roasted wholly, we shall change them for other skins that they may taste the punishment. Verily, Allah is the Invincible-Mighty, Wise.

Thus, when compared to the chastisement of the doomsday, worldly pains can be regarded as nothing. It has been recorded in history that during the caliphate of Imam Ali (A), when his blind brother ‘Aqil asked him to grant him an additional portion of public treasury due to his severe poverty, the Holy Imam (A) brought a hot piece of metal near ‘Aqil. Feeling the hotness of it, ‘Aqil protested: “Are you going to burn me?” “No!” Imam replied. “You cried because of a metal made hot by a human being for fun. Then, how do you expect me not to cry for the fire prepared by Allah (SWT) due to His anger?”

Beside reminding us of the hereafter, the thirst and hunger during the month of Ramadan reminds those who fast of poor people experiencing the same feelings during whole days of their life and encourages those who fast to spend some portion of their properties in the way of Allah (SWT) and for the sake of needy people.

Some narrations regarding fasting

The Holy Prophet of Islam (S) is quoted as saying:

Verily Allah (SWT) has appointed some angels only in order to pray for the people who fast. Gabriel has informed me that Allah (SWT) has said: “I have not commanded my angels to pray for one of my creatures, unless I have accepted their prayers for him.” 11

The sixth Holy Imam, Imam Sadiq (A) has stated:

When a person fasts on a hot day for the sake of Allah and becomes thirsty, Allah SWT sends 1000 angels to touch his/her face and give him/her glad tidings up to the time of breaking the fast when Allah (SWT) tells him/her: “How nice you smell! What a pleasant soul you possess! Oh my angels! Bear witness that I have forgiven him/her.” 12

– According to a very famous tradition narrated by both Sunni and Shi’ite scholars, the Holy Prophet said:

The content of this narration has been widely discussed among the scholars. While all worships are for Allah (SWT) and rewarded by Him, the Almighty, why has fasting been appropriated a special position in this narration?

The same implication is true with the next phrase which says: “and I am the one who rewards for it.” When some workers are employed by a person he may give their wage to his agent to distribute among them. However, if the job is a special one he may personally hand the wages out to them. Similarly, Allah (SWT) without any mediation rewards those who fast.

It is noteworthy to mention that the Arabic term “اجزی” in the above-mentioned narration can be read in both active and passive forms. According to the latter, the narration gives another meaning:

“Fasting is for me and I am its reward!”

Thus, the one who fasts has Allah (SWT) with him/her as the reward of his/her act of worship just as the guest of a banquet who expects the host to welcome and meet him/her. 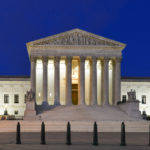 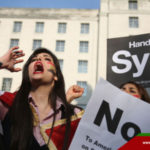 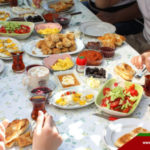 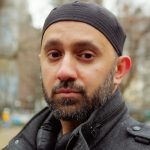 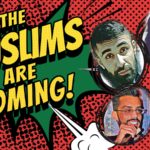