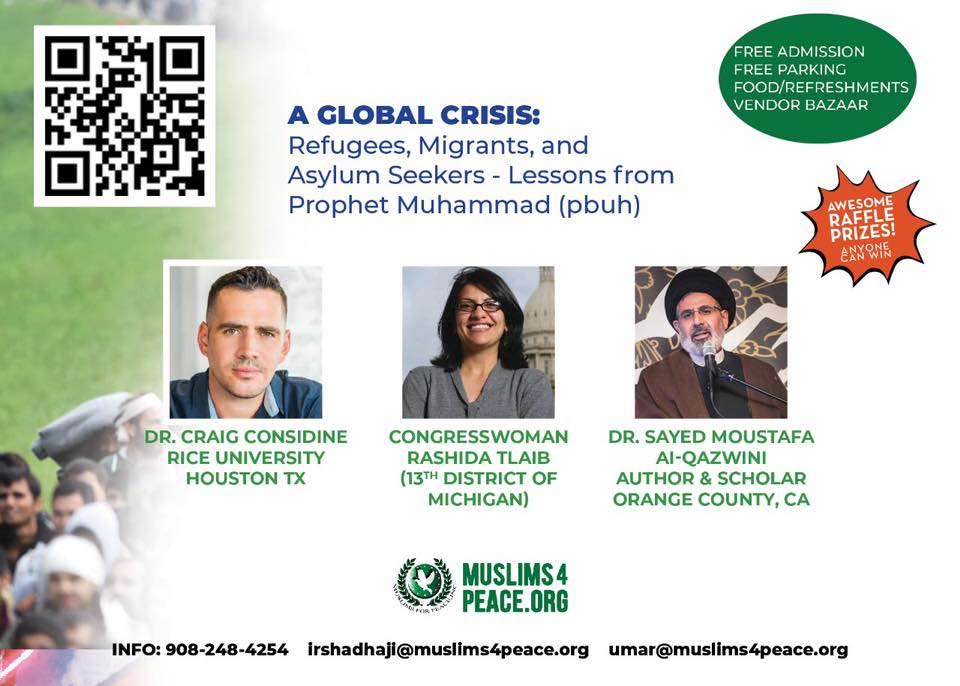 Please join us for the 14th Annual Interfaith Conference on Sunday, February 9, 2020, to discuss the ongoing Global Crises regarding refugees, the migrants, and the asylum seekers. The number of migrants are increasing around the world and their plight is not alleviating.

The number of international migrants globally reached an estimated 272 million in 2019, which is an increase of 51 million since 2010. Refugees from Syria, Afghan, Somalia, Sudan, Myanmar, Latin  America and many more are victims of political and social atrocities that are prevailing in their countries that have forced them to flee. The suffrage which these migrants face is unimaginable and cannot be conceived by those who have stable residency. The past of a migrant is unbearable, the present is bleak, and the future is uncertain. Prophet Muhammad historically has been known to assist migrants who have escaped religious persecution when they fled from Mecca to Medina. He practiced and preached to the community, “None of you truly believes until he wishes for his brother what he wishes for himself.” Hence, let us give a voice on behalf of those who do not have a voice to speak on their plight and learn to obtain the means to assist others to achieve what we have achieved. Therefore, join us to hear the voices of three prominent speakers: 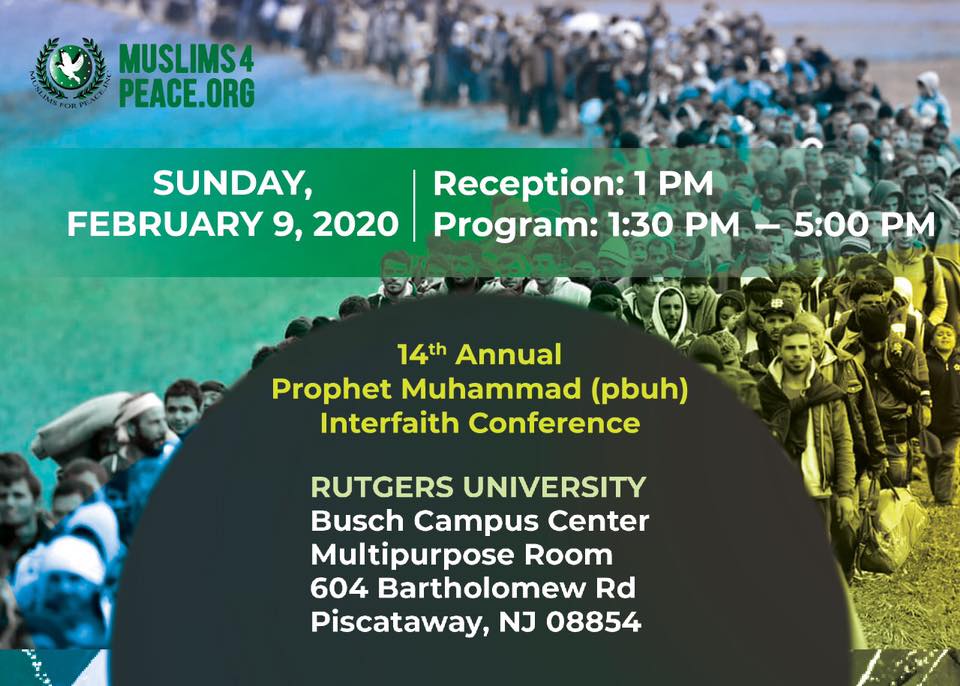 The program will take place at Rutgers University from 1:30 to 5:30 pm. Prior to that, a reception will be held from 1 pm to 2 pm. Entrance and parking are free and will be served.

For any further questions or information, please email us at

Dr. Craig Considine is a scholar, global speaker, media contributor, and public intellectual based at the Department of Sociology at Rice University. He is the author of many books and articles. Dr. Considine’s opinions have appeared in the New York Times, Washington Post, CNN, BBC, CBS News, Fox News, MSNBC, Newsweek, and Foreign Policy. He has been invited to speak at some of the leading international organizations and universities in the world. Dr. Considine is visible on Twitter, Instagram, Facebook, and YouTube.  He holds a Ph.D. from Trinity College – the University of Dublin, an MSc from Royal Holloway – University of London, and a BA from American University in Washington, DC. Dr. Considine is a U.S. Catholic of Irish and Italian descent.

Born and raised in Detroit as the proud daughter of Palestinian immigrant parents, Rashida Tlaib was the first in her family to graduate from high school and college. Her mother was born in Beit Ur al-Fauqa, near the West Bank city of Ramallah (where her grandmother still lives), and her father was born in Beit Hanina, a neighborhood in East Jerusalem. Her father emigrated first to Nicaragua, then to Detroit, where he worked on an assembly line in a Ford Motor Company plant. As the eldest, Rashida played a role in raising her 13 younger siblings while her parents worked, which shaped her into a relentless advocate for the working class.

In 2018, Rashida made history as the first Palestinian-American woman elected to Congress, and along with Ilhan Omar (D-MN), one of the first two Muslim women U.S. Representatives. Rashida serves as the Congresswoman for Michigan’s 13th Congressional District, which includes Detroit and many surrounding communities. She took the congressional oath of office on January 3, 2019, wearing a traditional Palestinian thawb and swearing-in on an English-language translation of the Quran. Rashida had made history before as the first Muslim woman ever elected to the Michigan Legislature in 2008.

Dr. Sayed Moustafa al-Qazwini is the Founding Imam of the Islamic Educational Center of Orange County and President of the Muslim Council of Southern California. He is a graduate of the Islamic seminary of Qum, holds a Ph.D. in Islamic Studies from the UK and is the author of a number of books.

Shortly after his arrival in California in 1994, Dr. Sayed Moustafa al-Qazwini became the founder and imam of the Islamic Cultural Center of San Diego, California. This center was the first mosque established in San Diego County for religious and social events. His success in San Diego paved the way for his next mission—a mosque in Orange County, California.

In September 1996, he founded the Islamic Educational Center of Orange County (IECOC). Drawing on his experience in Islamic studies, he has maturated the center for educational, religious and social events. As the founder and imam of IECOC, he serves as a mentor for the Muslim community.

Kashmir Maryam is a Spoken Word Poet, and Author of ‘The Muslim Woman’s Manifesto’. She is also the founder of Woke Woman – an organization that seeks to ignite a global movement for the empowerment of modern Muslim women. She is a 3rd generation British-Kashmiri Muslim – born and raised in the city of Leeds (UK), now residing in Philadelphia.

In 2016, Kashmir went on to publish her debut collection of poetry in her book Nafsi: Jihad upon my Self, which tackles some of the greatest misconceptions about Islam through poetry and prose. Kashmir is also featured in the movie We Are Poets, which captures her journey all the way from the red brick inner-city streets of England, to performing in front of the White House at ‘Brave New Voices’ – the world’s most prestigious poetry slam competition.

Since then, Kashmir continues to deliver inspiring speeches, as well as performing her poetry to diverse audiences around the US. Through her public speaking, and private consulting, she encourages the need for self-development through spiritual cognizance.

The “Zaynab Ensemble” Qasida group was formed in 2013. Their ethnic backgrounds are varied and include Egypt, Iran, Bangladesh, Kashmir, Ireland, Germany, and Pakistan.  Their backgrounds are diverse, but they are all American Muslims united in their love of Islam and the Prophet Muhammad (saws).

Here is the full list of 2020 MFP Award nominations: 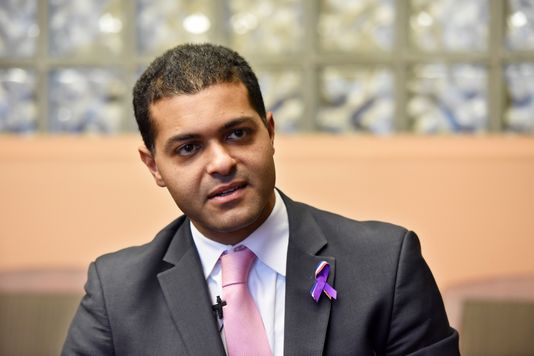 “Leadership with Ethics, Morals, and Values”

Shereef Elnahal is an American physician who has served in various health care leadership capacities in both the public and private sectors. He was the 21st first Muslim Commissioner of the New Jersey Department of Health in the State of New Jersey, as a Cabinet official under Governor Phil Murphy. He now serves as the President and CEO of University Hospital in Newark, NJ the principal academic hospital of Rutgers NJ Medical School.

“An Inspiration to Inclusion and Diversity”

Urban Food Alliance (UFA) began as a volunteer initiative in 2018 under the guidance of Mushi and Ally Bhuiyan. The Bhuiyans realized food insecurity can affect anyone after attending their street’s block party.  A neighbor showed up requesting food while apologizing for not contributing to the pot-luck. They learned of an impending foreclose,  which compelled this neighbor to skip meals frequently in order to save money. Ally and Mushi were surprised to learn that food insecurity existed in this seemingly affluent NJ neighborhood. 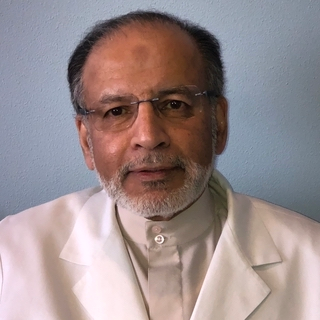 “Inspiring us to Build a Peaceful Community”

Dr. Syed Moosa  Jaffari is an eminent medical practitioner in the central NJ area, who is a diplomat of the American Board of Otolaryngology-Head and Neck Surgery.  Dr. Jaffari has been treating patients since 1976 and approaches his medical practice in a holistic manner advising his patients of mindfulness meditation and other natural therapies. He is a patron of Bait Wali-e-Asr (House of Imam-az-Zaman a.s.), which has served the community continuously since 1989. The center also runs a weekend Islamic school, Imam-a-Zamana Madrasah. He has published books on faith and spirituality and organizes annual seminars and educational events for the community. Dr. Jaffari is especially interested in the intersection between modern scientific knowledge and spiritual traditions and has served his community with unique distinction for over four decades. 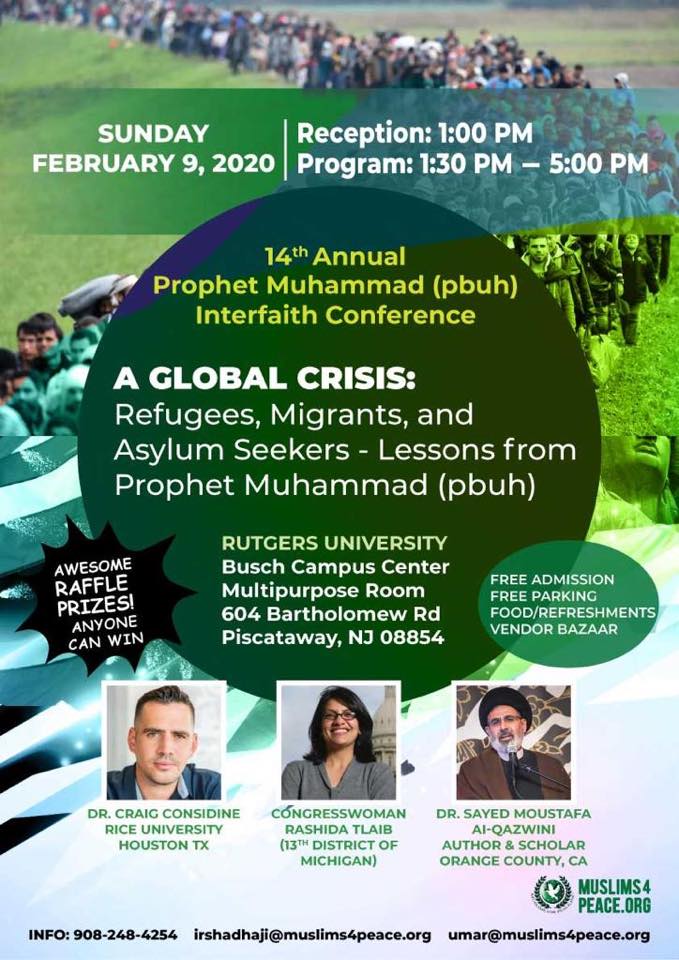