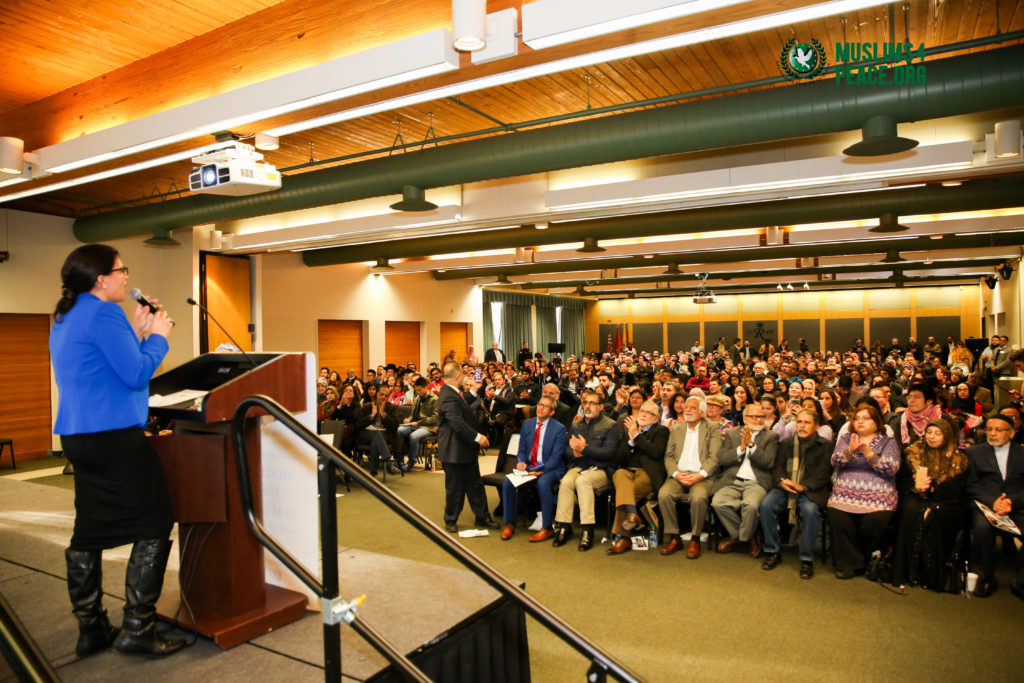 Michigan Congresswoman Rashida Tlaib (D-13), a Palestinian Muslim, was the keynote speaker, wowing the hundreds of attendees at the Busch Campus Multipurpose Center at Rutgers University. She, among others, spoke about the importance of unity, and how we need to perceive each other as individuals with shared values.

Tlaib urged the packed room to find that sense of connection and make a difference in the world, similar to the actions of Prophet Muhammad.

“He talked about integration and slavery when no one else was talking about it,” she said. “That’s the only way we’ll fight back against hate. Silence to us is just condoning it.”

She said despite the tough political environment marked by tribalism, people ultimately evaluate each other on a human level, as opposed to tired labels and stereotypes. Her own election, she said, is an example of that broad-mindedness.

“All of us want safety and access to opportunity,” she said. “They (the electorate) saw shared values. It wasn’t about faith. It was about bringing people together.

“We were elected by fellow Americans,” she continued.  “All of you need to find that connectivity.”

Tlaib made a request for her fellow brothers and sisters. “I want you all to show up for others this year. You have to show action too.”

Some municipalities are already doing just that regarding the treatment of migrants by immigration officials. Afshan Shamsi of ACLU-NJ and CAIR, said Princeton, among other municipalities, has adopted a resolution that calls for re-unification of families who were separated at border crossings. It also calls for a right to an immigration hearing and scaling back detention centers.

Shamsi said he was urged to draft the resolution at the recommendation of the Princeton’s mayor, Liz Lempert.

“Children have died in these detention centers,” he said. “This is an issue of concern for every person with a conscience.”

Talking with Those with Who You Don’t Agree 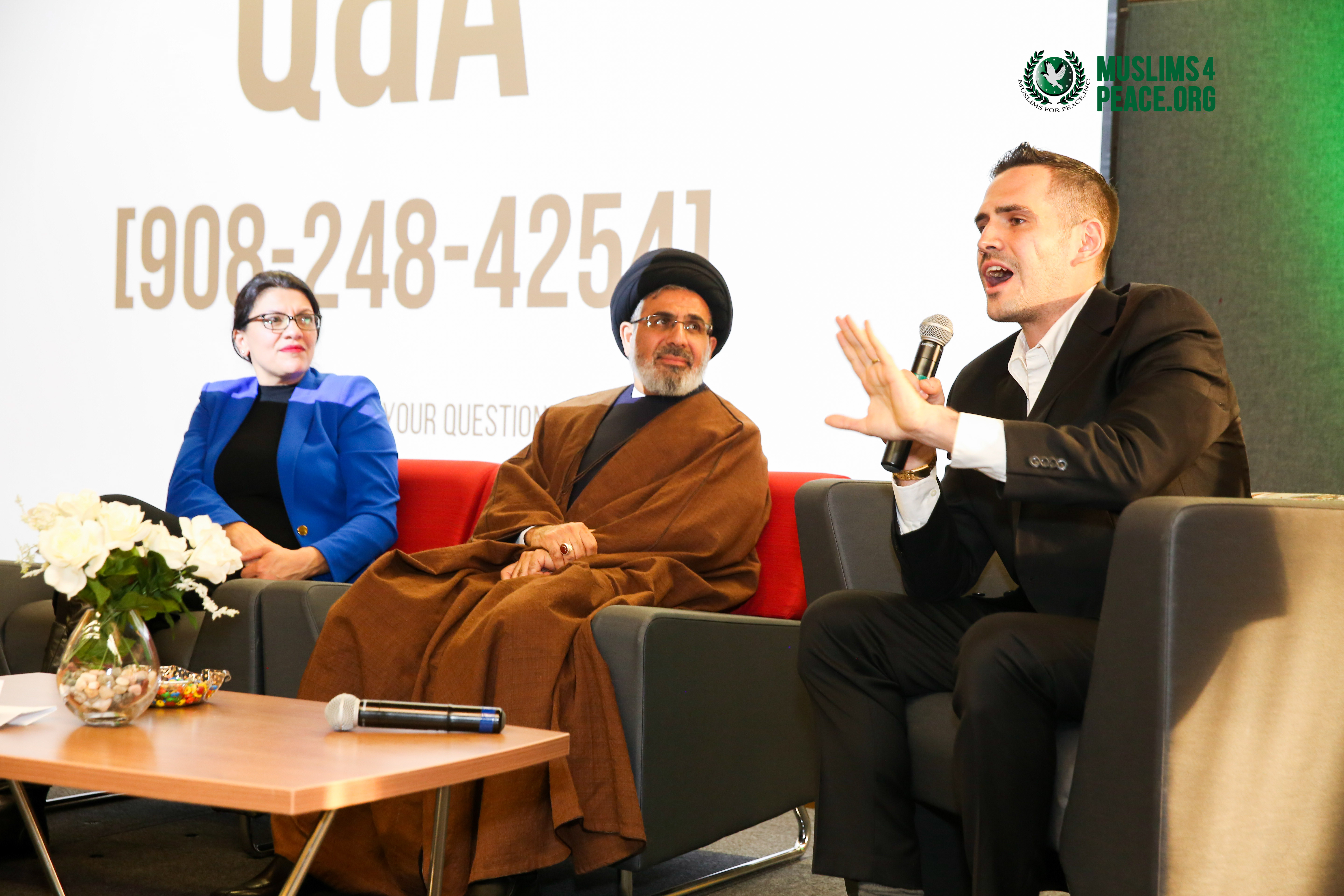 Dr. Sayed Moustafa al-Qazwini, president of the Shia Muslim Council of Southern California, spoke about the benefits of listening to others, especially those with whom there are disagreements. After all, that was what Prophet Muhammad did.

Qazwini mentioned that Sura Tauba (Chapter 9 of the Holy Quran) talks about interacting with difficult people.

“Always remember your origin, your book, your prophet,” he said. “We’re ready to understand them, reach out to them, and negotiate with them.”

He said the outreach should begin with members of our own faith. He commended Muslim 4 Peace for holding interfaith and interfaith events.

“I am very proud to reach out to our Sunni brothers and sisters,” he said.

Qazwini added that “sectarianism is dangerous,” citing recent killings in Pakistan as an example.

These discussions must be constructive and insightful. “We need dialogue. We don’t need diatribe.”

He said he looks forward to the day when the organization is named, “Americans for Peace.”

Craig Considine, a scholar who flew in from Houston, Texas, said people who’re entering the United States are no different than anybody else.

“The origin of our shared human story is fundamentally a refugee, an asylum seeker, a migrant story,” he said. “In short, we are spiritually linked to a refugee, a migrant, or asylum speaker.”

He added that it’s our duty to make migrants feel welcomed and part of society.

“You know why you should welcome them? Because they are God’s guests,” he said. “Find ways of empowering them. Don’t just tolerate them. Pluralism is the energetic engagement of different religions.”

Considine said Prophet Muhammad was trying to create a civic nation where everyone is treated humanely and lives harmoniously. It is an approach that needs replicating.

“Until we start thinking in these interconnecting terms, we’ll be stuck in this tribal atmosphere,” he warned.

*Mushi Bhuyian (2020 Humanitarian Award) – As the founder of the Urban Food Alliance, Bhuyian and his wife helped provide some 11,000 meals to homeless people. They look to expand their work in Pakistan and India with the goal of providing 1,000 meals per day.

“We cannot forget our neighbors,” he said. “We have people who go hungry at night.”

*Moosa Jaffari (2020 Lifetime Community Services Award) –  An ear-nose-throat specialist and founder of Imam-a-Zamana Foundation of Freehold, Dr. Jaffari has made positive impacts through his medical practice in Lakewood, a predominantly Jewish community.

Jaffari also thanked Muslims 4 Peace for creating positive dialogue among different groups, hoping it will continue to have the “courage and fortitude to continue with this sublime effort.” His message: treat people with kindness and respect.

*Shereef M. Elnahal (2020 Leadership Award). Mr. Elnahal was not present at the event. 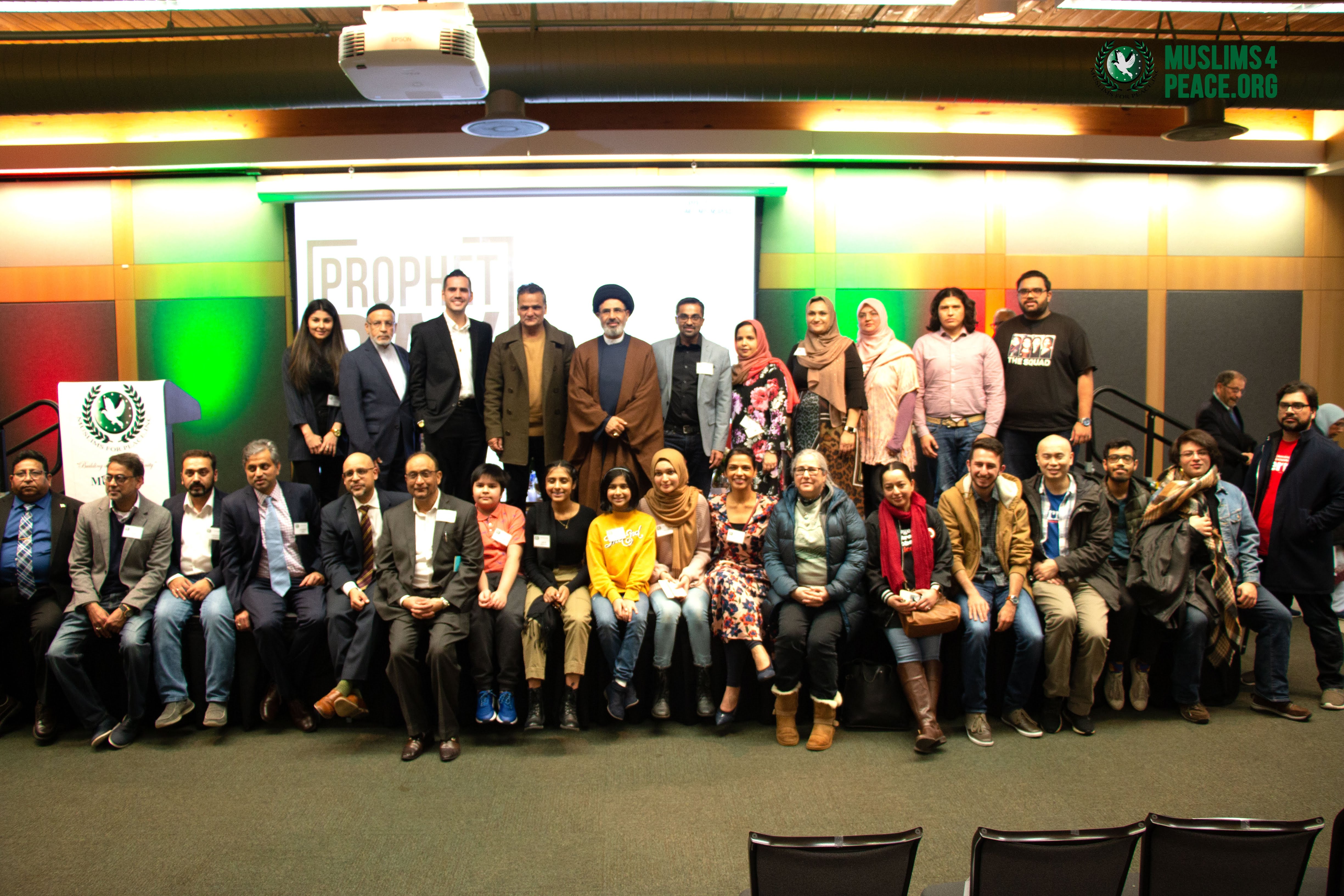