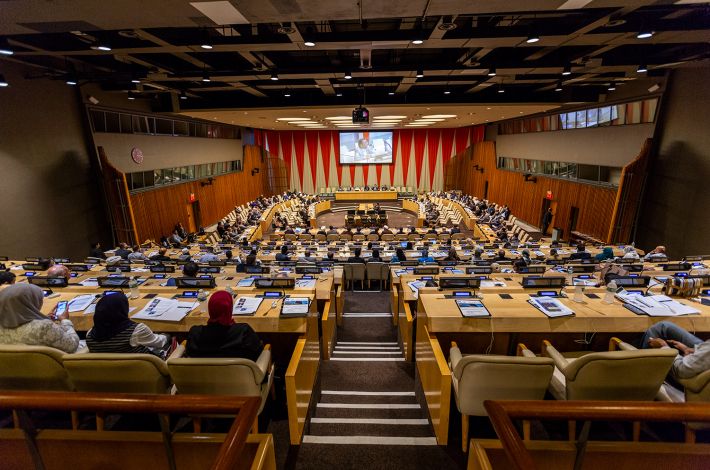 A conference entitled, “Reclaiming Intellectual Primacy & Promoting Just, Peaceful and Inclusive Societies” was held at the United Nations Headquarters in New York on October 8, 2018 and was organized by The Shrine of Imam Hussain (AS), The Shrine of Al-Abbas (AS), Al-Khoei Foundation and the Alliance for Research and Scholastic Heritage

This conference was convened to deliberate on the need for active engagement of Muslims in global affairs and envision how Muslims could be net contributors to providing solutions to the world’s many challenges.

In a special video message, Prince Hassan Bin Talal (Jordan), emphasized that while we should not paper over our differences, our respect for each other can override those differences to help us have a common sense of purpose.

Topics discussed at the conference were:

Thought Leadership.
* How to reaffirm the primacy of Islamic discourse to cultivate thought leadership.
* Role can vehicles such as Policy Institutes play in facilitating the emergence Muslims as net contributors to the world’s Challenges?
* Resources and strategies needed to incubate thought leaders of tomorrow.

Heritage
* Promoting, preserving, restoring and fighting against destruction of Muslim shrines and other heritage sites 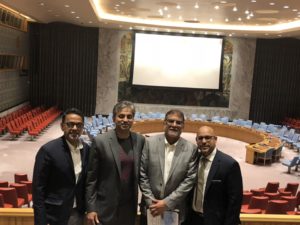 Community based organizations such as Imamia Medics, Universal Muslim Association of America, Al-Baqee, Muslims For Peace, Aulia Council of North America, Mainstay, Ahl ul Bayt TV, Shia Rights Watch, Tehreek e Tarseel e Quran, Al-Mahdi TV and Vilayat TV also participated in the conference and echoed the sentiments of the conference. They, also enlightened the audience with the scope and the magnitude of their respective organizations towards Islamic causes.

The organizers envisage that such an Institute has the potential create intellectual space for new energy to emerge to encourage the voices of emergent generations of Muslims who hitherto has been conspicuously absent in our national and international leadership cadres and engage a generation of Muslims who have come of age in an environment where they are fully acquainted with modernity, free speech, pluralism and human rights.

This inclusive institution comprising of men and women, intellectuals form academics as well as religious scholar form the Seminars could help Muslim Community forge a path towards an engaged Community as an active and engaged participant in global society serving both our brethren in faith and our equals in creation.

Ultimately, this transformative thought leadership initiative can help meet the challenges of the day, not with a unquestioning observance to convention nor with the fascination of the novel – but with a spirit of revitalizing pristine Islamic values and traditions, through concepts that derive their nourishment from the spirit of Islam which are at the same time fitting to the needs of time. That should be our tryst with destiny in this era. 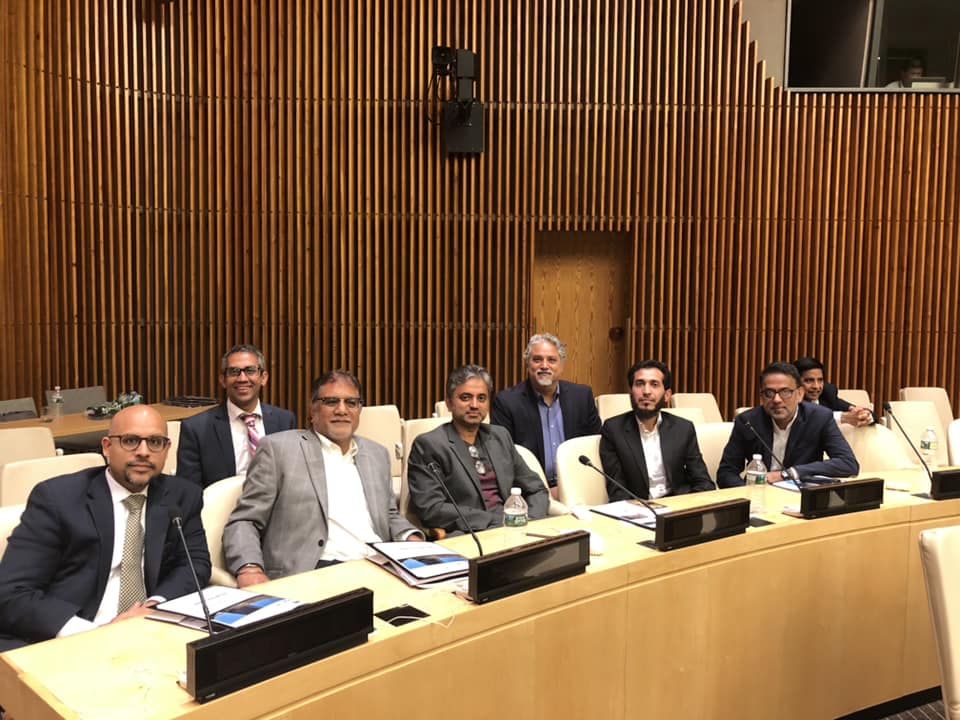 UNUnited Nations
Previous ArticleSeparating children from their parentsNext ArticleThe Role of Muslim Physicians in contributing to Health Improvements within Societies.