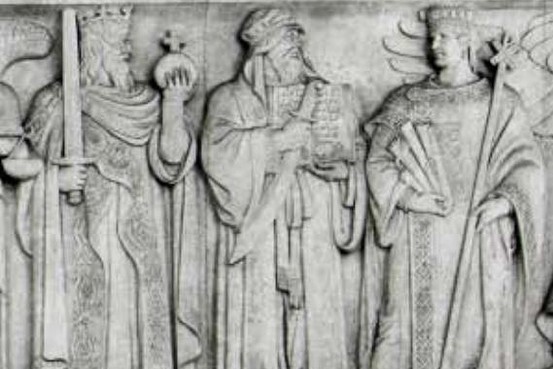 Although they are typically seen to represent overwhelming opposites, the Prophet Muhammad and America’s founding fathers shared many common characteristics and beliefs, which can be seen in historical documents. By comparing the speeches and texts that they left behind, we can learn of the similar viewpoints that Muhammad and the founding fathers held on issues pertaining to equal rights and religious liberty.

Prophet Muhammad and the American founding fathers shared an interest in protecting people regardless of their ethnicity, religion, or sexuality. Muhammad, for example, received revelations from God, who directed him to celebrate diversity and cherish it as a staple of Muslim society. Muhammad’s encounter with God would later be recorded in the Quran, which states, “O mankind, We created you from male and a female and made you into tribes and nations that you may get to know each other.”

America’s founding fathers had a similar apathy for determining a person’s societal worth based on ethnicity and heritage. In 1776 several of America’s founding fathers gathered in Philadelphia to write the Declaration of Independence, which held a strong and clear position on promoting equality similar to that of the Quran and Muhammad’s final sermon. The second paragraph of the Declaration states that Americans are “to hold these truths to be self-evident, that all men are created equal,” which mirrors the progressive spirit of Muhammad written down over 1,000 years prior to the founding of the United States.

When the American Constitution was ratified in 1787, the founding fathers also put into practice that “Congress shall make no law respecting an establishment of religion, or prohibiting the free exercise therefore,” which suggests that by law no particular group is to be treated as superior to another group in the United States. Similarly, the Fifteenth Amendment of the Constitution “prohibits the denial of suffrage based on race, color, or previous condition of servitude,” which again cements a culture based on civic principles instead of more absolute and ethnocentric requirements.

The founding fathers’ interest in safeguarding equality in diverse circumstances is similar to Muhammad’s concern for tolerance in his multifarious Muslim community. Muslims worldwide and Americans would be wise to remember this balanced approach in finding parity in their own communities today.

Historical documents also show that Muhammad and America’s founding fathers were compassionate men. The depth of Muhammad’s humanity can be found in the Constitution of Medina, a document he created to ensure that the more vulnerable members of society felt safe and protected under the majority Muslim rule. Also referred to as the Medina Charter, Muhammad’s Constitution gave equal rights to non-Muslims living under an Islamic government. “Strangers” in Muhammad’s Muslim society were to be treated with special consideration and “on the same ground as their protectors.” Acting as a social charter for all Muslims to live by, the Medina Constitution helped to actualize the idea of a single community made up of a diverse people living under one government and under one creator.

Ten centuries after Muhammad’s charter, George Washington and Thomas Jefferson would adopt a similar societal structure as the basis for their new nation. In 1783, Washington wrote that “the bosom of America is open to receive… the oppressed and persecuted of all nations and religions, whom [Americans] shall welcome to a participation of all [their] rights and privileges… They may be [Muslims], Jews, or Christians of any sect.”

Likewise Thomas Jefferson, who authored the Declaration of Independence, wrote in a document for the Virginian colonial legislature that “the Jew, the Gentile, the Christian, and the [Muslim], the [Hindu], and infidel of every decimation” are accepted as equal citizens in the United States. The Constitution of Medina and documents of George Washington and Thomas Jefferson show that welcoming vulnerable groups who are perceived as outsiders is a central component of what it means to be Muslim and American. Muslims worldwide and American citizens should defend the creeds of their founding fathers and fight against prejudice and discrimination in their respective societies.

Muhammad and the American founding fathers were keen to respect Judaism. Muhammad’s Medina Charter singled out Jews, who “shall maintain their own religion and the Muslim theirs… The close friends of Jews are as themselves.” Muhammad added in the Constitution that “those who followed [Jews] and joined them and struggled with them… form one and the same community.” Muhammad’s tolerance of Judaism is strikingly similar to that of Washington, who in 1783 wrote in a letter to the Jewish Community of Rhode Island that “the children of the stock of Abraham, who dwell in this land, [will] continue to merit and enjoy the goodwill of their inhabitants.” This tribute to Jews by Muhammad and Washington is an important reminder for Muslims worldwide and Americans in their own struggles against anti-Semitism.

Both Muhammad and the American founding fathers also worked to assure women’s rights. In a time when women had few – if any – rights in Arabia, Muhammad helped liberate women with divinely sanctioned social, property, and marital rights. The Quran states that men and women were created “of a single soul, male and female.” Under sharia, or Islamic law, women were able to own property, freely spend their earnings, and agree or disagree to marriage arrangements – all unprecedented rights prior to God’s revelation to Muhammad. He also requested that men treat their daughters and wives with dignity and respect. “Do treat your women well and be kind to them,” he is reported to have said in a hadith, or saying of the Prophet Muhammad.

In the same disposition, the language of the Declaration of Independence, although written at a time when women were not considered to be equal to men, later inspired American women to fight for their “inalienable rights,” such as the right to own property and vote in elections. Although it did not explicitly verify the human rights of women, the Constitution was later reformed in the Nineteenth Amendment that prohibited voting discrimination on the basis of sex. The on-going struggle of equal rights for women in the United States and around the world is also an effort to reaffirm the democratic outlook of Muhammad and the founding fathers. Muslims worldwide and Americans should commemorate their standpoint by treating women with the utmost courtesy and respect.

The impartial temperament of Muhammad and the American founding fathers is being challenged today by people who proclaim that Islamic principles and American values are incompatible. The example of Muhammad and founding fathers like Washington and Jefferson should remind us of our duty to uphold universal ideals even when intolerant people and dogmatic organizations seek to destroy bridges for mutual cooperation.