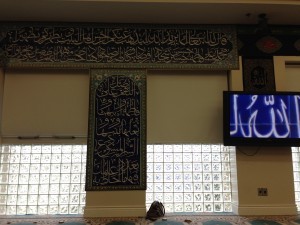 Before I could open my book, I saw the flat screen TV at the front of the room light up, and the imam began the sermon. He started with the following words:

I begin with the name of Allah. I advise you and advise myself to be God conscious, God-fearing, pious.

He had a very laid back manner of speaking. Even his body language was relaxed and calm. I liked him already.

The sermon for this Friday was expanding on the meaning of “Al-Kareem,” which is one of the names and attributes of God.

The imam explained that the word “Kareem” signifies all positive attributes possessed by a good person or thing, which are given generously and honourably to others for their benefit. “This is why Allah is called Kareem,” he explained. “Allah calls His Quran, ‘kareem.’ So it’s not just people who are kareem. Likewise our Prophet pbuh is known as rasool-al-kareem.” At the mention of the Prophet’s pbuh name, the whole congregation chanted their blessings on him. 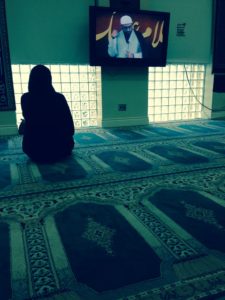 The imam highlighted that God is al-kareem because not only will He forgive us for our mistakes, but will also not embarrass us about our past mistakes, which is totally different from human beings, who even after forgiving others, sometimes bring it up in front of the person, embarrassing them.

God is also Al-Kareem because He gives us before we even ask Him for something. And when we ask Him, He gives us more than we expect.

“Kareem” by definition is someone who is in the position/power to take revenge or get even, but still forgives you.

The imam prayed for God to grant paradise for the Prophet pbuh and his family. A prayer in Arabic was recited, and everyone stood up. I thought it was time to pray, but everyone soon sat back down.

Then the imam shared a story from the Prophet’s grandson, Imam Hussein’s (A.S.) life. Someone once asked Imam Hussein (AS) why he never repulsed a beggar. His answer was: I am asking God for His favors and I love being near God and I am ashamed that I myself am in need of God, so I can’t repulse a beggar.

It was soon time for the Friday prayers (known as salah in Arabic), and the women got up. There were only about fifteen women present, and by then my son had dosed off on the smooth carpet, his head propped on my purse. I stood in line and noticed that everyone had a small round stone on the floor in front of them. I wasn’t sure what that was, but stood in line, my space void of the stone. I felt a little nervous, wondering if someone would ask me about my prayer stone, but surprisingly, nobody asked me about it, and neither did anyone seem concerned.

The salah was slightly different, but I kept noting others around me, and followed them as it went on. For example, nobody folded their hands on their chest as is usual for most Sunni Muslim women, but rather, everyone kept their arms comfortably against the sides of their body. Also, the prayer did not go directly into “ruku” (bending partly with hands on knees) as I am accustomed to, but rather a prayer was said during which everyone held out their hands (the symbol of asking God for something), followed by the ruku. Every time there was a silent gap between words, I heard the soft rumble of my son’s snores. It was an incredibly peaceful prayer experience.

The recitations were also slightly different during the ruku and the “sujood” (full prostration with head bowed on floor). Once sitting, with legs folded, the imam went directly to reciting the “shahada” (I bear witness that there is no deity except God, and that Mohammad pbuh is His messenger). The last difference I noticed was that upon the completion of the salah, after the imam said the salutations for the angels, nobody turned their head from side to side as Sunnis normally do. Everyone simply stopped the prayer, which was unusual for me, since I had never done that before.

I thought about leaving, and then heard another call to prayer, and saw everyone get up. Confused, I got up. But there was no time to ask anyone what prayer we were now praying. I simply joined the congregation for another round of salah. Were these extra prayers? Were these the actual Friday prayers? I wasn’t sure, but I followed along. Upon their completion, I noticed the two young women leave with the baby. I followed them outside to pick up my son’s and my jacket. Outside, I told them that I was a visiting Sunni, and asked them about the second salah. They smiled, and one of them offered a handshake, which I gladly accepted. “Welcome,” she said with a smile. “How did you find it?” I told them that I liked it, and that even though it was different, I simply followed along. They smiled and told me the second salah was “asr” (late afternoon prayer). So it turns out Shia Muslims pray asr right after the Friday prayers. I said my goodbyes to the ladies, and went back into the prayer room. My son was still sleeping peacefully, and I gently shook him to wake him up.

Driving home, I was really grateful to God for allowing me this wonderful experience. I had always wanted to pray at a Shia mosque. None of the misinformation and rumours about them were true in my experience. They did not associate any partners with God, as some Sunnis accuse them of doing. They did not ask for help from Imam Hussein (AS) as the rumors state. The family of the Prophet pbuh is very dear to them, no doubt. But it should also be very dear to all Muslims because the Quran tells us that none of us is a true Muslim unless we love the Prophet pbuh and his family more than anything. Everyone prayed to God alone and asked Him alone for all help. Nobody can claim that they were pretending to in front of me, because I came in unannounced, and the only people who knew I was Sunni were the two girls I told after the prayers were over.

So the question is, would I ever pray at that mosque again? And the answer is: ABSOLUTELY YES! I really enjoyed my experience. The imam at the mosque was great, the women were friendly, people parked like civilized human beings, and most importantly, they are Muslims who believe in the same one God, Quran and the Prophet pbuh! 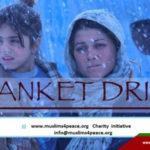 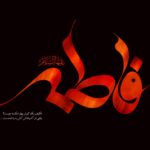 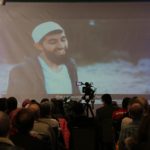