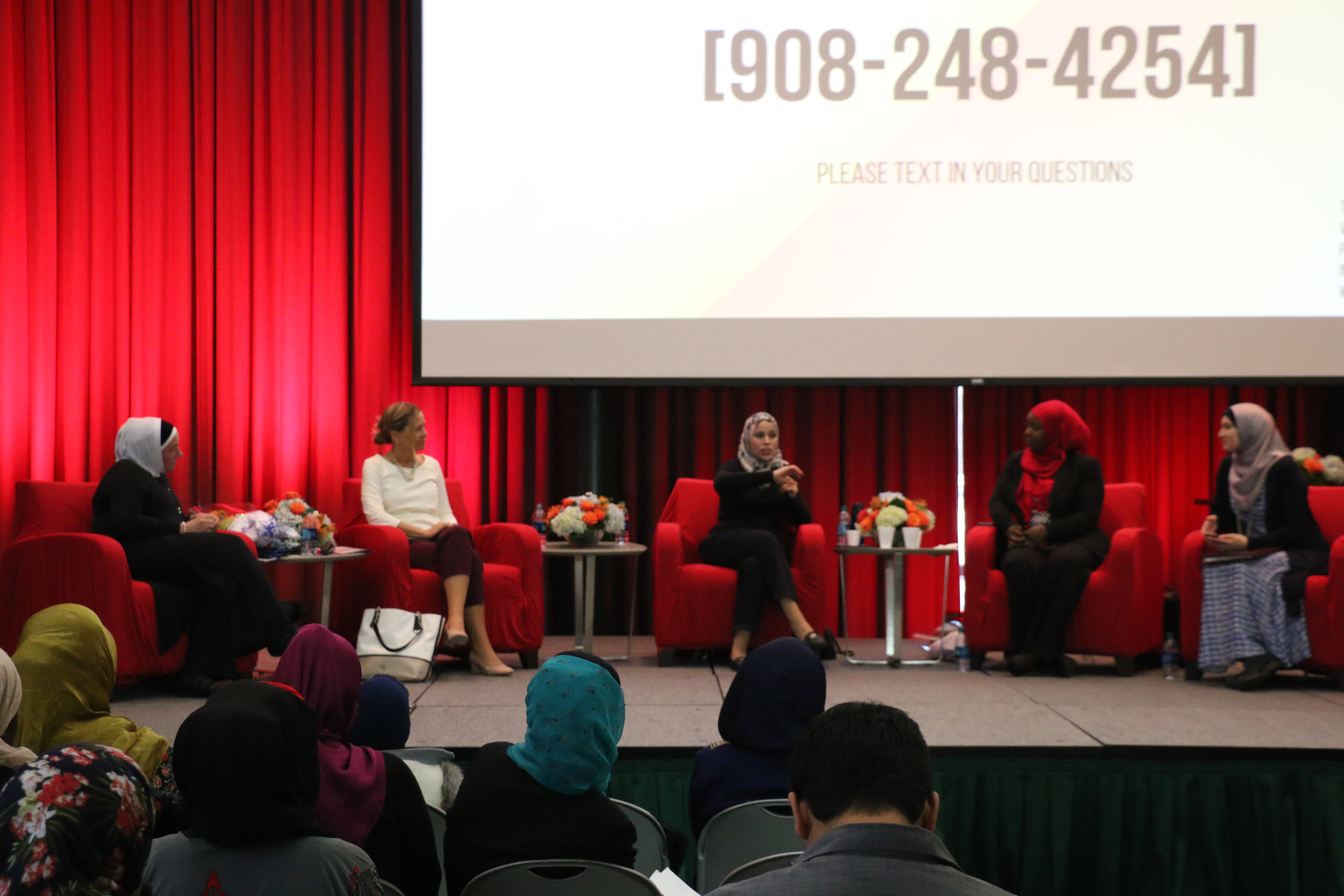 members of all faiths and encouraged Muslim allies to understand the truth about women in Islam from the ultimate feminist–Prophet Muhammad (pbuh). Diab also shared quotes and stories from powerful women in Islamic history such as Khadijah, Fatima, Zainab, Hajer, and Mary, Mother of Jesus. Diab stated, “These were not women who stood on the sidelines. These were women who had a voice and lived out their mission of peace and justice. Islam would not be what it is today without the impact of women.” Anisa encouraged faith-based organizations and religious centers to provide an inclusive platform for women to have a ‘seat at the table’–whether on administrative boards or at community events where Muslim women have an opportunity to voice their concerns and make an impact.

Dr. Sandra Russell Jones provided an insightful look at Modernity in Islam: A Tribute to Saba Mahmoud. An Assistant Professor at Rutger’s University in the History and Religion Department, she discussed conversations with her students regarding perceptions of liberation and modesty. She also reminded the audience of the stand that Zainab (the granddaughter of Prophet Muhammad) took against Yazid when she was taken as prisoner, “I, I am of Ahlul bayt, I am Zainab, granddaughter of the Prophet Muhammad, sister of Imam Husain, I am Zainab.” “Oppression does not have a specific identity and exists all over the world. Ashura reminds us of this,” she stated. Dr. Russell was presented with the Interfaith Award by Muslims for Peace, Inc.

Following, Dr. Russell’s presentation, was an Islamic nasheed performance by Br. Ammar Charaf, a Chemistry high school teacher with a passion for promoting the spiritual and intellectual development of youth. 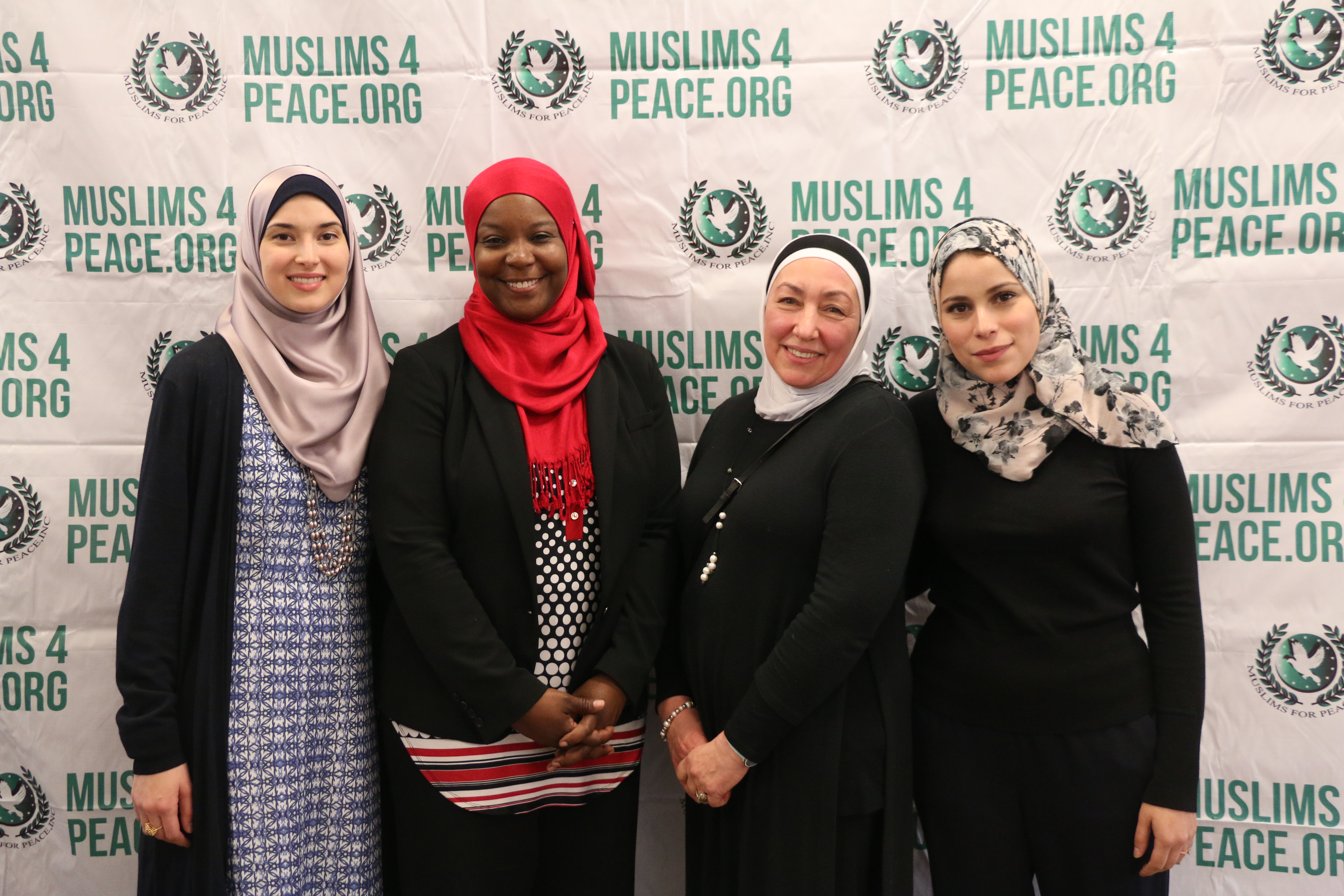 The next speaker, Sr. Kameelah Rashad, is the Founder and President of the Muslim Wellness Foundation. The focus of her presentation was on compassionate emotionally intelligent leadership. She shared, “People often ask me, isn’t Islam inherently misogynistic and oppressive? Or they ask, ‘Why do you talk about blackness? Why do you talk about who you are as a racialized being?’  Or they say, ‘You’re Muslim sister. This is all one ummah (nation).’ But if God has already told us that he has made us into nations and tribes, this is what we need to discuss. As the most diverse faith community in this country, don’t we have something important to teach everyone else about what this means?”

After Rashad’s presentation, Amani Al-Khatatbeh, Founder and Editor-in-Chief of the Muslim Girl blog accepted the award for Vibrant Muslim. This was followed by the Community Services award presented to Dr. Hatem Abu Shahba, Director of Al-Ghadeer Islamic Education Center in North Bergen, NJ and Imam of Jumuah prayers at Zainabia in Irvington, NJ.

The next presentation was by Dr. Alaa Murabit, a Medical Doctor and one of 17 Global Sustainable Development Goal Advocates appointed by the UN Secretary General. Dr. Alaa discussed the importance of addressing gender-based double standards when it comes to spirituality. She also stated that in discussions focused on women, it is also equally important to have honest conversations around healthy male masculinity. Dr. Alaa admitted that most of her diplomacy work takes places within non-Muslim circles. “When I’m asked why I don’t do more work within the Muslim community, I tell them I am doing work for the Muslim community because I’m showing the world who Muslims really are. We need to get out of our comfort zones.” Muslims for Peace, Inc. expressed gratitude for her work by presenting her with the Peace Award.

Although Congresswoman Bonnie Watson was unable to attend the event, Muslims for Peace, Inc. honored her influential work for the people of New Jersey by presenting her with the Leadership award. Muslims for Peace, Inc. is grateful for her interfaith and advocacy work particularly in regard to protecting the rights of Muslims and immigrant communities in response to Trump’s executive orders.

The next awardee, Sr. Zahra Rasool, is the Editorial Lead for Contrast VR—Al Jazeera’s new immersive media studio where she focuses on the production of the compelling 360-degree video, Virtual Reality (VR) and Augmented Reality (AR) content. She received the award for Youth Leadership.

The final presenter, Sr. Najah Bazzy discussed life lessons and humanitarian experiences that shaped her vision and work as Founder of Zaman International. As a Transcultural Nurse, Bazzy stated, “With end of life work (and not just with those in the Muslim community) I have literally watched hundreds of people die. And I’ve been there for many in their last breaths–as many of you health professionals have probably experienced as well. And there’s something that we all learn about this: that we are all one and that we are all the same.”

Bazzy’s message resonated with Anisa Diab who is a Licensed Mental Health Counselor, Crisis Coach, and Mental Wellness & Interfaith Speaker. “Mental illness does not discriminate,” she said. “When you know that ninety percent of individuals who end their life by suicide have a diagnosable mental health disorder such as Clinical Depression, Bipolar Disorder and/or a Substance Abuse Disorder, we can no longer afford to be silent on this issue. It’s not just about making dua (prayer); we also need to take action and reach out to mental health professionals who are experts in addressing these issues.”  Diab strives to make mental health support more accessible and less stigmatizing through her business AnisaDiab.com where she provides counseling sessions and workshops on mental wellness, suicide prevention, as well as Islam and Islamophobia among other topics. In addition, Diab also answers calls for the National Suicide Prevention Lifeline and believes that mental health work is not only life-changing, but life-saving.