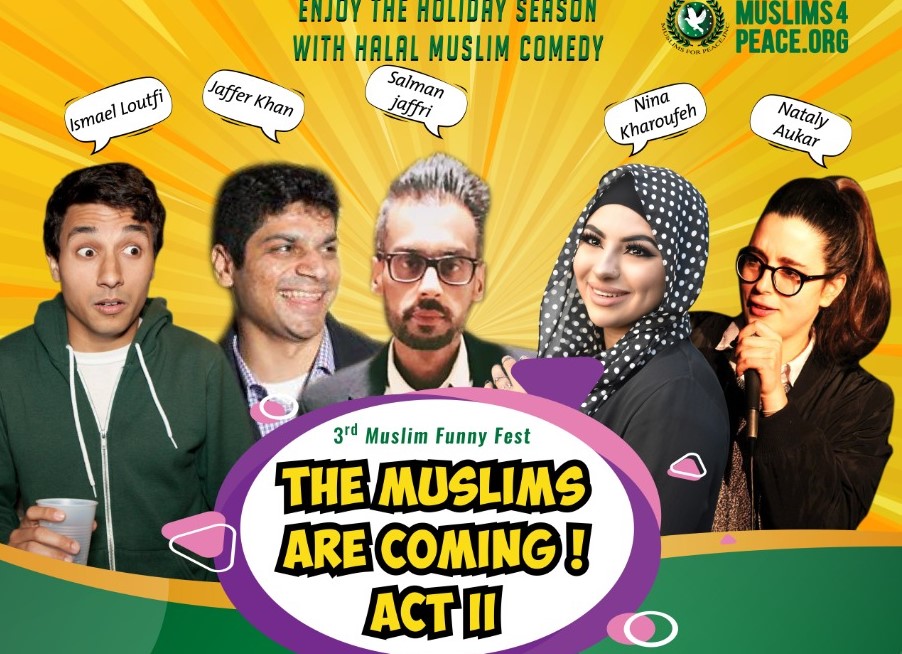 Enjoy the holiday season with legends of Muslim halal comedy

Comedy For A Cause was established in January 2016 in the hope of assisting various Non Profit projects to perform in an effectual and halal manner. Since its inception, Comedy For A Cause has grown at an astonishing rate due to the great success after every Muslim comedy festival. Subsequently, based on the high demand from last year’s festival, Muslims are Coming, we have launched the Muslims Are Coming Act 2 on Saturday, December, 21st 2019. 7-10:30 pm at the Shahnawaz Palace

Therefore, Please support MuslimsforPeace in the various initiatives to provide charitable support and unite communities of various faiths and ethnicities. The following are some of the many projects:

Win this 50″ flat screen 4K Ultra HD fire TV edition Smart TV by Toshiba! Raffle tickets will be available on December 21st at Shahnawaaz Winner will be notified at the event , with raffle ticket number will
Announced during the show All proceeds benefit Muslims4peace!
Sponsored by Offit Kurman 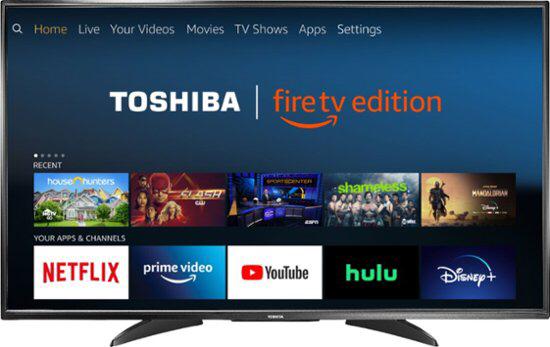 Please make sure to buy your tickets since we have limited seating!
Contact Irshad Haji:    irshadhaji@muslims4peace.org  or (908)-248-4254

For some Americans — those who support a travel ban, a wall along the Mexican border and increased restrictions on refugees, all while holding on to the ridiculous belief that the world’s 1.8 billion Muslim hate America, despite the fact that it’s home to nearly 3.5 million of us — that statement probably inspires fear.

Join us for the night of Muslim Funny Fest. It’s our clean comedy show of the festival with an amazing line up of comedians:

Ismael Loutfi is a standup comedian from Central Florida. He also featured as an actor in Ahamed’s Ramadan Diary (2017), Make Me Laugh and Flophouse (2016),  Patriot Act with Hasan Minhaj (2018), and Resolutions (2018). He grew up in Ocala, Florida., home to a small Muslim community of about 100 families. Born and raised in a conservative Muslim American family of Syrian origin.

Nataly Aukar is a Lebanese born and raised stand-up comic based in New York City. She was featured at the Brooklyn Comedy Festival, NY Comedy Festival, has opened for Nimesh Patel (Saturday Night Live) and also featured for world-famous comedian Gad El Maleh as part of his World Tour in DC, Canada and the UAE. Nataly has most recently been opening for Mo Amer (Netflix, Fallon, Colbert) on his current tour. For more information: natalyaukar.com.

Salman Jaffri is a new comedian originally from Brooklyn New York. Before comedy, Salman focused on independent film making. His first stand up set was in 2016 as the opening act for Jeremy McClealen. Since then he has performed sets locally in NY/NJ and in the Washington DC area as well.

Jaffer Khan is a Pakistani-American comic originally from Houston, TX. He has written for CBS and can be heard on SiriusXM radio. His unique social commentary and personal reflections have allowed him to perform at clubs and festivals around the country.

Nina Kharoufeh is a Producer for various different platforms including Sirius XM, Joy Ann Reid’s Podcast, and even Fox News. She also recently launched her very first children’s book called “I’m a Princess Too” available right now on Amazon. Nina has MC’ed events big and small from Charity Galas to Fashion Shows! You’ve recently seen her on the Food Network’s “Worst Cooks in America w/ Bobby Flay” but you can watch her perform on stages all across America.