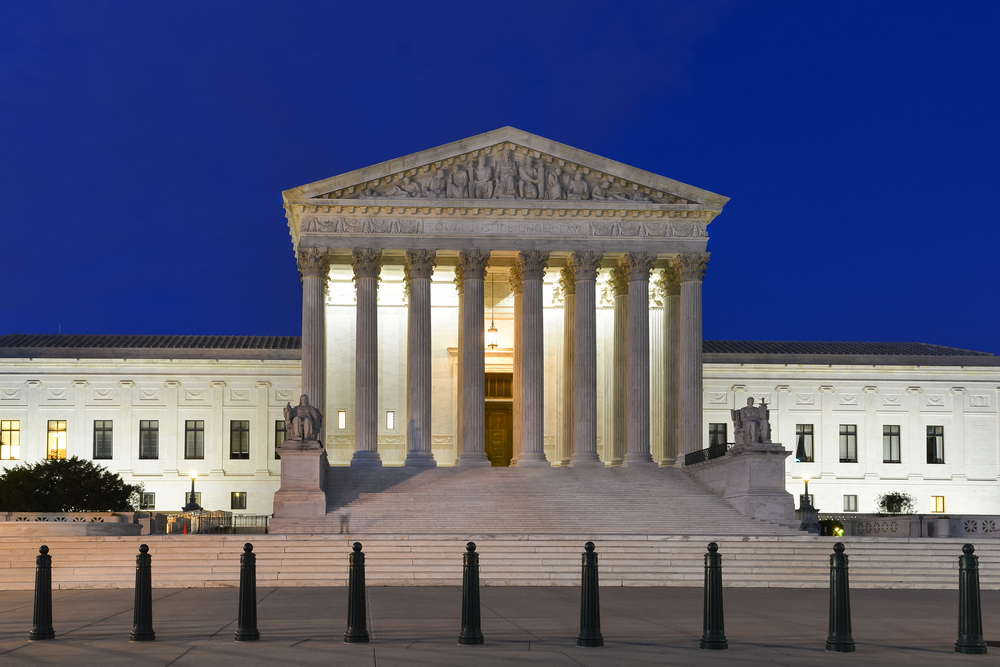 How many knew? Unless you took a tour of the Supreme Court Building, read the Law Blog in The Wall Street Journal or was aware of the 1997 petition by the Council of American-Islamic Relations, you would come to know, if you hadn’t already, that above the press seating area inside the U.S. Supreme Court chamber is a marble image of Prophet Muhammad (P). The Messenger of Islam is depicted among eighteen others to be the most prominent lawgivers of history. An honorable recognition, isn’t it? Many would agree but an issue arose due to his face being depicted. CAIR along with other Muslim groups petitioned for the court to edit the frieze by having the statue’s face sandblasted away. They also offered to cover all fees incurred in the process. However, Judge William Rehnquist turned down the appeal stating that it is “unlawful to remove or in any way injure an architectural feature in the Supreme Court building.”

Later in 2000, Taha Jaber al-Alwani, who at the time served as a professor of jurisprudence in Saudi Arabia and as the chairman of the Islamic Jurisprudence (Fiqh) Council of North America, issued a fatwa in support of the frieze. He stated that the traditional forms of Islamic legal argumentation does not firmly prohibit all depictions and that Muslims should rather appreciate the positive gesture that is made towards Islam.

Another issue was the depiction of the Prophet carrying a sword reinforcing the myth that Islam was spread by the sword and that Muslims are war mongering conquerors.  This too was debunked by the Judge stating that there were nearly a dozen swords which appeared in the courtroom friezes alone. 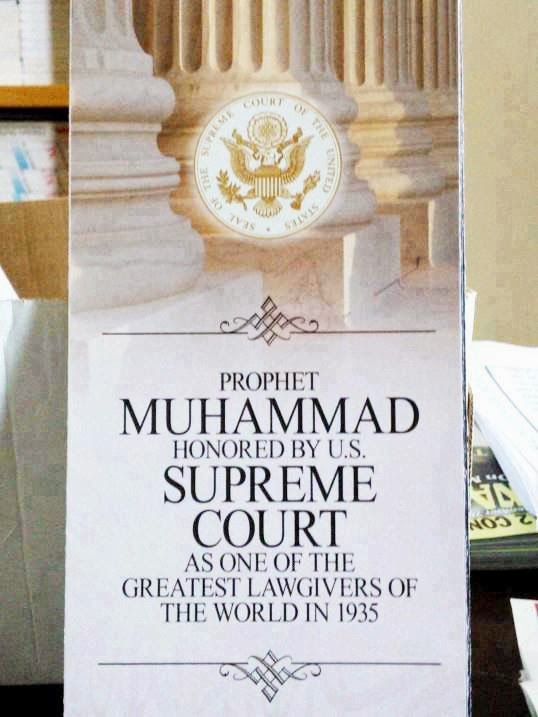 As difficult as it may be for Muslims to accept these arguments, the fact of the matter still remains that it is the Last Messenger of Islam who is upheld as one of the forbearers of establishing law. The image of the Prophet displayed in the highest court in an un-Islamic Land is certainly worthy to be noted. Yet, the mark of the Prophet’s statesmanship is definitely to be admired not through the eyes of what others see of him, but through the Prophet’s own endeavors. Nonetheless, the depiction of the sword in his hand shatters the truth and the reality of the Prophet’s merciful and peaceful work which he did in establishing a just society. The ignorant who view the sculpture may not envision this particularly in this era where Islamophobia reigns high. It is essential to depict Islam, the Message of Islam and everything in relation to Islam entirely for what it is and stands for, which is peace.

Here is what the Supreme Court’s website says about this frieze:

Muhammad (c. 570 – 632) The Prophet of Islam. He is depicted holding the Qur’an. The Qur’an provides the primary source of Islamic Law. Prophet Muhammad’s teachings explain and implement Qur’anic principles. The figure above is a well-intentioned attempt by the sculptor, Adolph Weinman, to honor Muhammad, and it bears no resemblance to Muhammad. Muslims generally have a strong aversion to sculptured or pictured representations of their Prophet.