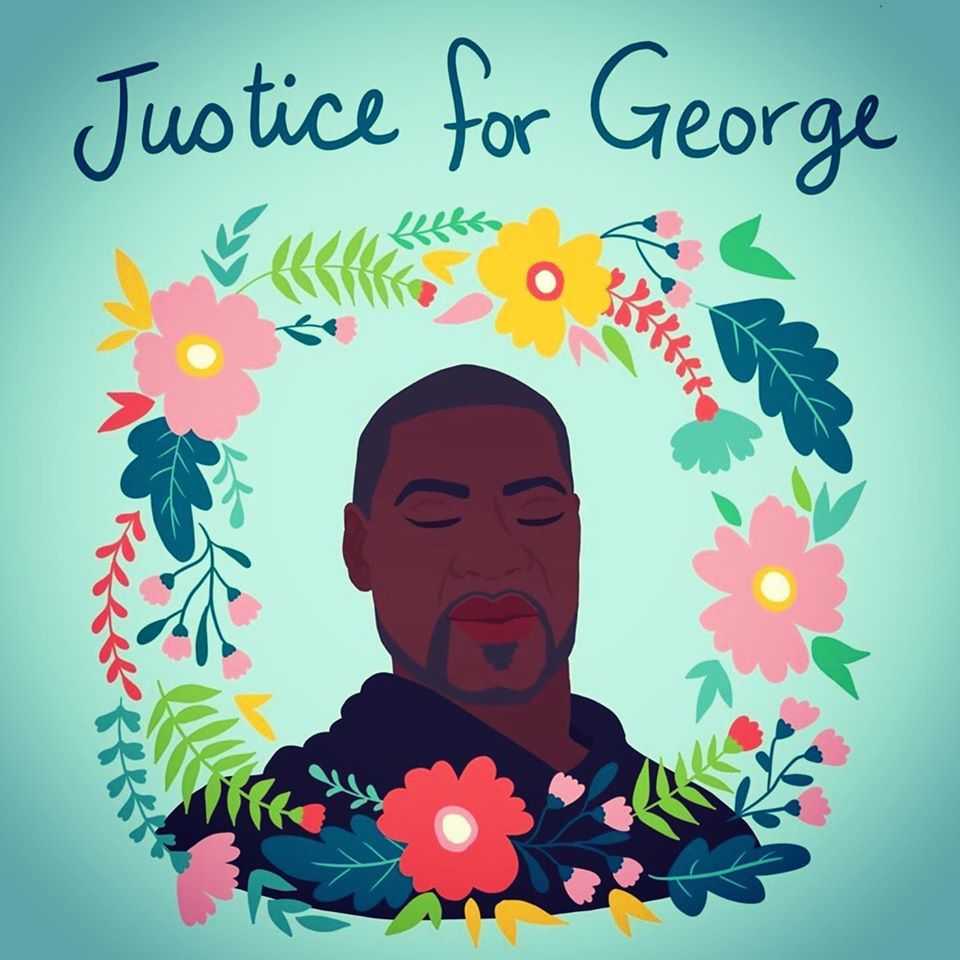 On May 26th, 2020, a chilling video was taken by by-standers in which a Minneapolis police officer has pinned an African-American man to the ground after being hand-cuffed. George Floyd died after the white police officer held him down casually with this hands in his pocket and his knee on Mr. Floyd’s neck for nearly five minutes. During this time, Mr. Floyd was pleading to the officer to allow him to breathe.

There has been tremendous outpour of anger, frustration, and disgust at the way African Americans in particular have repeatedly been targeted and marginalized by law enforcement officers across the nation. This is just another death in a long history of injustice, oppression, and killing of black people in America dating back to the crimes committed during slavery. Mr. Floyd was not charged with any crime at the time of the incident and did not get a chance to defend himself in court.

The religion of Islam condemns all acts of racism and discrimination to anyone based on color, ethnicity, gender and social position. Allah the Almighty Creator has said in the Holy Quran, “O mankind! Lo! We have created you male and female, and have made you nations and tribes that ye may know one another. Lo! the noblest of you, in the sight of Allah, is the best in conduct. Lo! Allah is Knower, Aware.” [49:13]

Prophet Muhammad’s anti-racist views are seen in his friendship with Bilal ibn Rabah, a black slave who rose to a leading position within the Muslim community of 7th century Arabia. From all people, he chose Bilal to become the official Muazzin (caller for prayer) for prayer at the holy masjid. On the day Mecca was conquered, the Messenger of Allah ordered Bilal to climb on the roof of the Ka’bah and perform the call to prayer. A companion called ‘Attab ibn Asid commented on this: ‘Praise be to Allah, that Allah has taken my father to Him and made that he did not see this day’. Al-Harith ibn Hisham said: ‘Did Muhammad not find any other caller to prayer except this black raven?’ Suhayl ibn ‘Amr said: ‘Allah willing, he will change him’. Abu Sufyan, on the other hand, said: ‘I am not going to make any comment; I am afraid that the Lord of heaven will divulge what I say!’  Angel Gabriel went to the Prophet and informed him about what they said. The Prophet summoned them and asked them about what they said and they admitted it. Allah the Almighty then revealed the above verse warning them against boasting about their lineages and abundance of wealth and against looking down on the poor”.

The Prophet’s anti-racist mentality helped lead Arabs out of this darkness and into the light by guiding them onto the path of justice and equality. The Prophet’s Last Sermon at Mount Arafat in 632 AD is perhaps his most noteworthy manifestation of anti-racism. In his speech, Muhammad stated that “An Arab has no superiority over a non-Arab, nor a non-Arab has any superiority over an Arab … a white person has no superiority over a black, nor does a black have any superiority over white except by piety and good action.” The Last Sermon is the culminating point of Muhammad’s life. He challenged a disunited population that was constantly engaged in warfare by calling on people to unite under a banner of humanity. By distancing himself from the tendency to categorize others based upon ethnicity, the Prophet preceded the words of Martin Luther King Jr., whose “I Have a Dream” speech called for African Americans to be judged not by the color of their skin, but by the content of their character.