Is Every Lover of AhlulBayt Also a Shi’a?

If we survey some the historical narrations and traditions according to the words of our Infallible Imams (AS), we will realize that a clear distinction has been made between a “Lover of AhlulBayt” and a “Shia of the AhlulBayt”. For example, in the famous Tradition of the Cloak narrated by the major schools of thought, after swearing by Allah (SWT) who appointed him to his position, the Prophet (SA) answers the question of Imam Ali (AS) regarding the significance and value of the gathering under the cloak by presenting a condition, and that is, “Whenever the tale of this gathering of us is mentioned in an assembly of the people of the earth in which our Shia (a group of our adherents) and our lovers are present…”

It is interesting to note that the narration makes a distinction between the “Shi’as” and the “lovers”. What exactly is the difference between the two groups? Isn’t every Shi’a of AhlulBayt also a lover? And isn’t every lover of AhlulBayt also a Shi’a? At first thought, one may think that they both are one and the same, but a closer look will reveal that they are both different stations which are on the right path.

Our Infallible Imams (AS) have described to us who exactly are the true Shi’as (supporters and followers) of the AhlulBayt. It is narrated that one time a man went to his wife and said to her, “Go to Fatima the daughter of the Prophet and ask her if I am from their Shi’a or not”. The wife went to ask Lady Fatima (AS) and she answered, “Tell your husband that if he acts according to our commands and keeps himself away from what we forbid, then you are from our Shi’a; otherwise, you are not.” The wife returned back and conveyed the message to her husband who exclaimed, “Woe be to me! And who is not free of sins and mistakes?! I am surely in Hell-Fire for whoever is not from the Shi’a is truly in Hell-Fire!” The man’s wife returned back to Lady Fatima and conveyed her husband’s remarks.

Lady Fatima (AS) then said, “Tell him that is not the case. Our Shi’a are the best of the people of Paradise. All our lovers and those who support our supporters, and those who take our enemies as their enemies, and those who surrender to us by their hearts and tongues, are not from our Shi’a IF they disobey our orders and prohibitions at any time. Despite that, they are still going to Paradise. However, some of them will purify themselves from their sins by experiencing calamities and tragedies, or they may undergo hardships on the Day of Resurrection, or they may be placed at the upper level of Hell-Fire until they are purified and their love to us would save them and transfer them to our domain.” (Bihaar Al Anwaar)

In another tradition, a man came up to Imam Hasan (AS) and claimed, “I am from your Shi’a”. So Imam Hasan (AS) replied, “Oh Abdullah, if you obey our commands and abide by our prohibitions, then you are truthful. And if you are not, then do not increase in your sin by falsely claiming a great and honorable position that you don’t deserve. Do not say “I am from your Shi’a”. Rather say “I am from your supporters, lovers, and those who take your enemies as our enemy. You are in a good position and are heading to a good position”.

In this example, the Infallible Imam (AS) makes a clear distinction between their “Shi’as” and their “lovers” conveying the message that the station of the Shi’as is higher than that of the lovers. Another man said to Imam Al Sajjad (AS), “Oh son of Messenger of Allah, I am from your sincere Shi’a.” So the Imam (AS) replied back to him, “If you are like Prophet Ibraheem whom Allah (SWT) has said, (Verily among those who followed his Way was Abraham) [37:83] and if your heart is like his heart, then you are from our Shi’a. And if your heart is not like his heart but it is free from deceit and animosity, then you are from our lovers.”

From these narrations by our Imams (AS), it becomes clear to us that the station of “Shi’as” and the station of “lovers of AhlulBayt” are different although they are both blessed and are include among the party of the good. Every Shi’a is also a lover of AhlulBayt (AS), however not every lover is considered to be a Shi’a. The rank of the Shi’as is certainly above the lovers of AhlulBayt (AS) due to their strict obedience and abidance to the path of AhlulBayt (AS) and their high level of piety. Examples of such esteemed personalities who have attained this high status are Salam Al Muhammadi, Ammar ibn Yasser, Miqdad, and Maytham At-Tammar.

The stronger the love to the AhlulBayt (AS), the more obedient and righteous actions will be manifested by the lover and that will certainly bring him closer to the rank of the Shi’as. As lovers of AhlulBayt (AS), we hope and pray that we are given success to reach the station of the Shi’as and deserve to be labeled with that honorable title. Surely, it is the intercession of the infallible members of the purified AhlulBayt (AS) that manifests the mercy of Allah (SWT) on the devotees which brings them salvation by virtue of their moral and spiritual support to the divinely appointed guides. 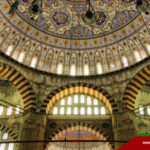 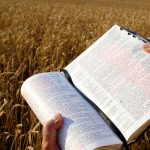 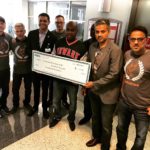 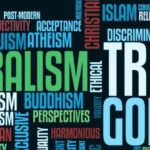 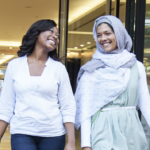