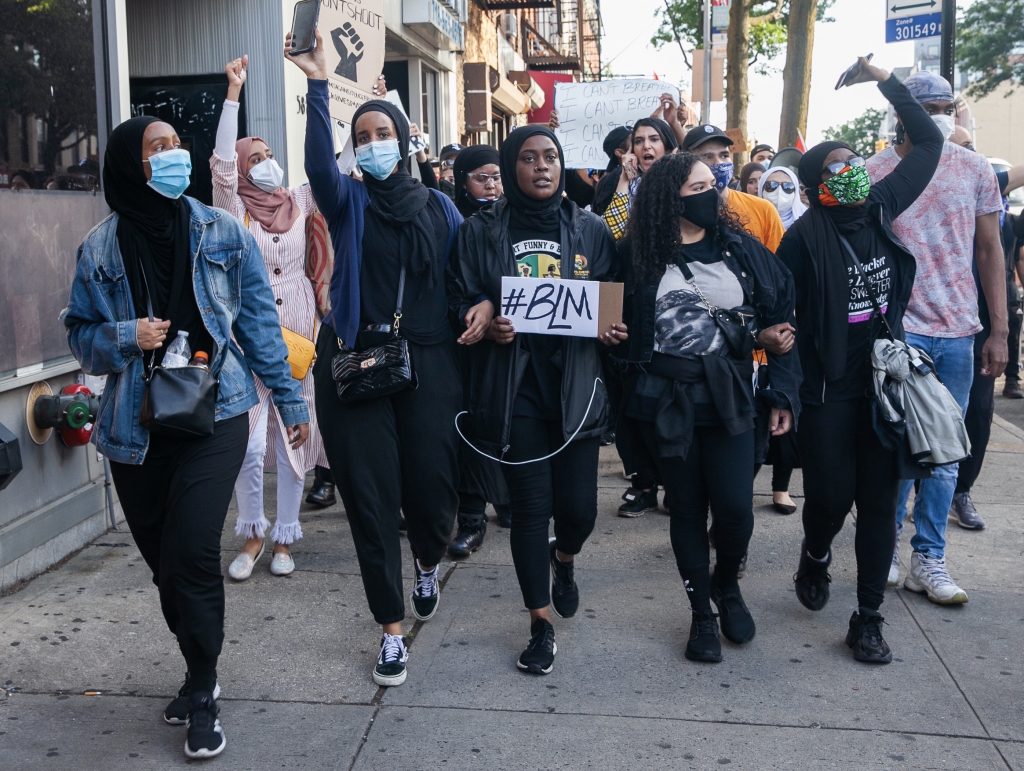 Here’s an Anti Racist guide I made for South Asians. It is primarily a compilation of all the enlightening information I’ve read + my own thoughts. I hope you can bring this to the battlefield that is your dinner table or group chat or just general…brain.

FYI, although I identify as a Muslim Indian Woman of Color, I will never know enough about Black history and will never come close to feeling the Black struggle. Please feel free to offer your feedback, but also please be patient. I am overwhelmed; but the silver lining of this resistance has been my motivation to learn, retweet, post, talk, clap back, and… cancel. Thanks to my educators below and my dear friends for single-handedly helping me unlearn harmful ideas.

No justice. No damn peace. 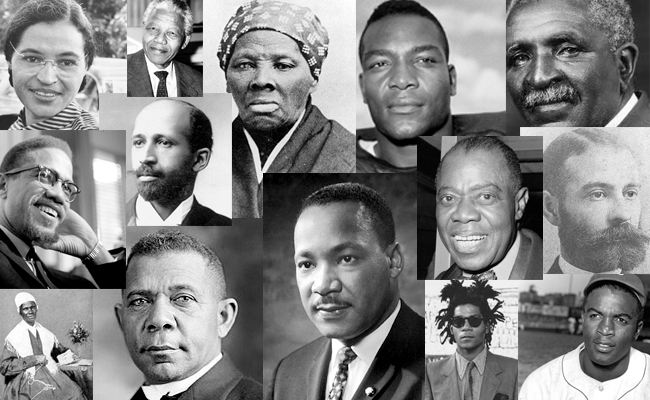 South Asians are living here and prospering here because of the Black community’s sacrifices. We are literally allowed to be here because the Black community fought for our legal right to citizenship via the Immigration Act of 1965. We can attend schools, live in cushy neighborhoods, and have fancy corporate jobs because of the Civil Rights Movement. Let that sink in.

1917 Act: implemented a literacy test that required immigrants over 16 to demonstrate reading comprehension; increased taxes to be paid by immigrants; excluded anyone born in the “Asiatic Barred Zone” except Japanese and Filipino folks. 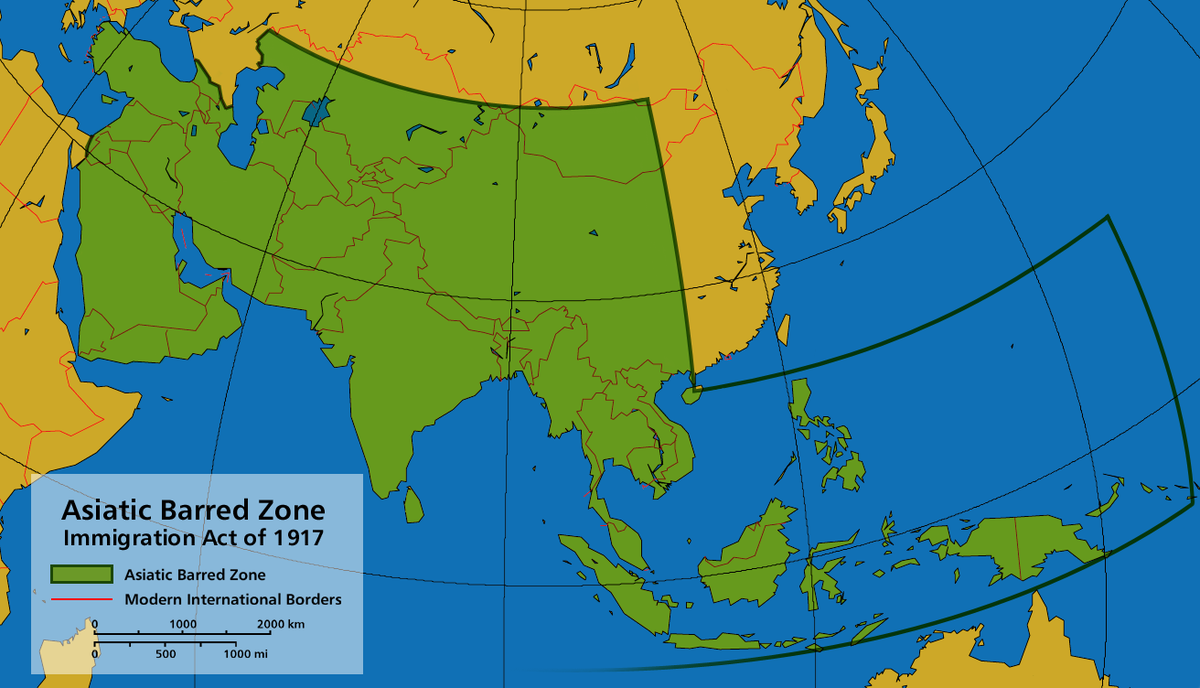 1924: the Asian Exclusion Act (AKA The Immigration Act or The Johnson-Reed Act) barred South Asians (even Asians not previously prevented from immigrating – the Japanese in particular–so like, Bop It, but make it history) from coming to the United States. The purpose of this law was to preserve the idea of “American Homogeneity” aka to KEEP AMERICA WHITE through the installation of racial quotas.

1952: the Immigration and Nationality Act (The McCarran-Walter Act) ended Asian exclusion from US immmigration, but introduced a system of preferences based on skill–hence, selective recruitment–again, history Bop It.

1965: the Civil Rights Movement brought awareness to racist policies and pushed Congress to pass the Immigration and Nationality Act of 1965 which allowed Asian immigration into the U.S.

Bottom line: if it weren’t for the work of Black America, we South Asians would likely face severe workplace discrimination, be openly segregated because of our beautiful brown skin, and face a ton of other awful barriers.

This myth goes something like “South Asians have worked hard so hard to get where we are, why can’t they do the same?”

Okay so, people who believe this are LIKELY to use the fact that South Asian Americans are the highest-income, best-educated, and fastest-growing racial group in the United States. And then the really ignorant aunties and uncles, (sorry for the shade, but Gen Z is way more with it) will go as far as to say that because South Asians succeed, America is not actually biased against dark skin. And before you pick up the chappal and slap me, I want to highlight that I am aware of the South Asian struggle, acknowledge the South Asian diligence, and appreciate the grueling, forced assimilation South Asian elders underwent to provide the best for the younger generations.

But here’s the history. As the U.S. entered into a new Cold War period, it needed smart people fast. Because of this, the U.S. selectively issued visas to Asian immigrants that were highly educated particularly in science and engineering. This led to an immigration wave called the “Brain Drain,” drowning out the previously working-class and low income Asian population in the U.S. This new group of somewhat-Crazy Rich Asians allowed white U.S. government officials to hold us up as a model minority, claiming that racism couldn’t possibly exist because we were doing so well and thus other races (BLACK PEOPLE) must be less successful because they’re inherently inferior.  So…the reason the MMM is absolutely wack is that it was fabricated to use the successes of our group as weapons to trivialize and harm other racial groups. White supremacists know that if people of color come together, we’d tear up their system; thus, the MMM serves as a dividing force used by white supremacists and racists. Beyond the purpose that the MMM serves, I want to reiterate that most South Asians that immigrated to the U.S. were selectively recruited based on their skill. This recruitment is not, by virtue of selectivity, representative of South Asia in general.

I, for example, never felt inclined to go to medical school, was not in the most advanced math classes, and probably could have spent a few more hours studying for my SATs   ¯\_(ツ)_/¯. I, therefore, likely would not have been recruited to immigrate to the U.S. in the 1960s…until they’d see how cute I was of course. Maybe.

Although South Asians face the symptoms of a rotting, broken, racist system, Black people face discrimination that is deeply rooted in a system that is designed to oppress them. We need to dispel the MMM and align ourselves more closely with Black people, rather than unwarrantedly elevate ourselves at the expense of Black people. We literally owe our livelihood in America to Black people. 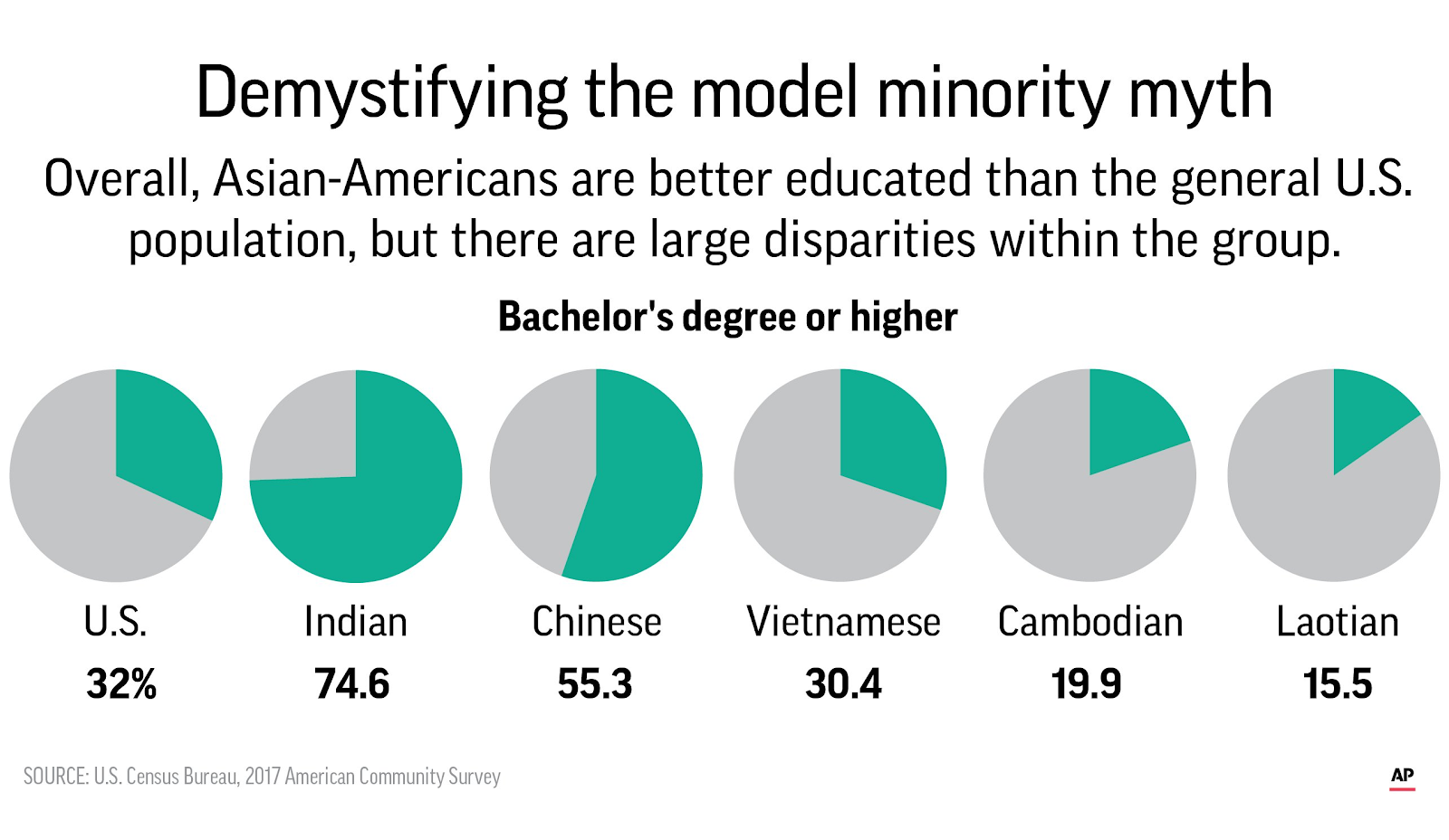 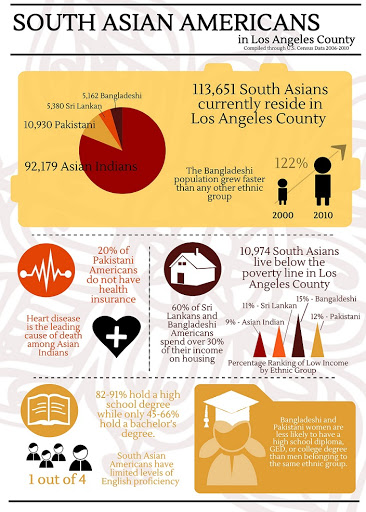 But Rioting Is So Viole-

Trevor Noah does an excellent job of describing the concept of “society” as a construct that humans have created. For 400 years, Black people are expected to uphold their end of the contract that is “society” while, at the same time, society does not uphold its end of the contract. Black people are disproportionately marginalized, brutalized, terrorized, and othered and have made significant, recurring efforts to fight for equality (not even equity! not even revenge!) through countless peaceful protesting efforts. So when society has not held its end of the bargain, what’s the value for those who it oppresses? What do the oppressed get by not looting/rioting?

The rioting is not due only to George Floyd and countless other Black people who have been murdered. The riots are seeded in 400 years of persecution and silencing. Black Americans HAVE BEEN participating in peaceful protests and have made some progress. REGARDLESS, most of the protests occurring right now are executed peacefully. If anything, a lot of the violence and looting is instigated by the police themselves, looting opportunists, and white supremacist groups that undermine the efforts of Black organizers and want to vilify protesters.

In these recent protest efforts, it’s clear that police still…just…don’t care or are living in some weird parallel universe controlled by some really hot, seductive puppet master.  We know that during these protests, peaceful people will be arrested and many will die. This should highlight enough how extremely white supremacy and systemic racism has suppressed Black people. Think about the type of injustice that has to be done to you for you to be willing to put your LIFE on the line. Have you ever felt SO violated? I personally have not. But okay, low key, our experiences are not the same so if you have, then you know.

And MOST IMPORTANTLY, riots are not the issue; riots are the symptom of the rotting foundation of this country which is the criminal justice system and the police force (police originated as slave catchers and officers meant to protect PROPERTY over people; also 40% of police offices are domestic abusers; ALSO, in many states, barbers undergo more training than police officers do). If your focus lies on the effect aka the riots and not on resolving the cause, aka police brutality/system racism, then that…attests to your sheer unwillingness to grow.

Imagine you go to a hospital for a bloody, broken, protruding knee in which rotten, gooey cartilage is spewing out from places you’d never think. You ask the doc to treat you for your knees, but instead she starts treating the cuts, bruises, scrapes, and other unaffected parts of your body charging that “all parts of your body matter.” Like, damn doctor girl, I need you to fix my knee.

Make sense? Sure, all parts matter, but that is not the issue urgently at stake. Saying that Black lives matter doesn’t insinuate that other lives don’t; whereas saying All lives matter displaces the needed focus from your knees to your perfectly intact earlobes. Also, nobody said ONLY Black lives matter.

Not all lives suffer from institutionalized racism nor do they suffer to the same extent that Black lives do. The “all lives matter” expression negates centuries of Black people’s oppression.

Say it with me: Black. Lives. Matter.

Brown and Black are Beautiful And That’s On PERIDOTTTT

The Aryans linked casteism and colorism. They made a systemic ranking that corresponded  to degrees of color segregated by ‘pure’ versus ‘polluted’ or lighter versus darker skin tones. This concept of caste is not gone; rather, it has evolved and is embedded in the South Asian psyche as linked to our skin tone. It follows the sentiment that the lower your caste, the darker your skin, the more inferior you are; the darker your skin, the lower your caste, the more inferior you are. FAIR AND LOVELY!? Y’all come on, Priyanka Chopra not only is a fascist supporter, but her Bollywood acumen has LARGELY suffered. Not my Desi Girl. 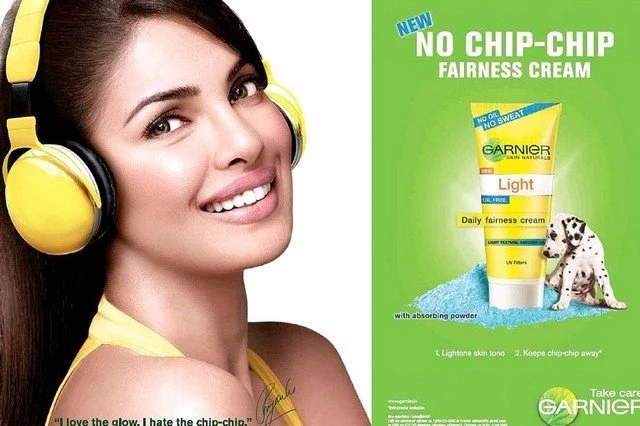 Basically, if you’re born Starbucks Mocha Frappuccino, you’re pretty much screwed; but that Peach Citrus White tea with a splash of heavy cream earns you societal currency. This is nuts. We MUST unlearn this.

42:39 And those who, when tyranny strikes them, they defend themselves,

42:40 And the retribution for an evil act is an evil one like it, but whoever pardons and makes reconciliation – his reward is [due] from Allah. Indeed, He does not like wrongdoers.

42:41 And whoever avenges himself after having been wronged – those have not upon them any cause [for blame].

40:42 The cause is only against the ones who wrong the people and tyrannize upon the earth without right. Those will have a painful punishment.

40:43 And whoever is patient and forgives – indeed, that is of the matters [requiring] determination. 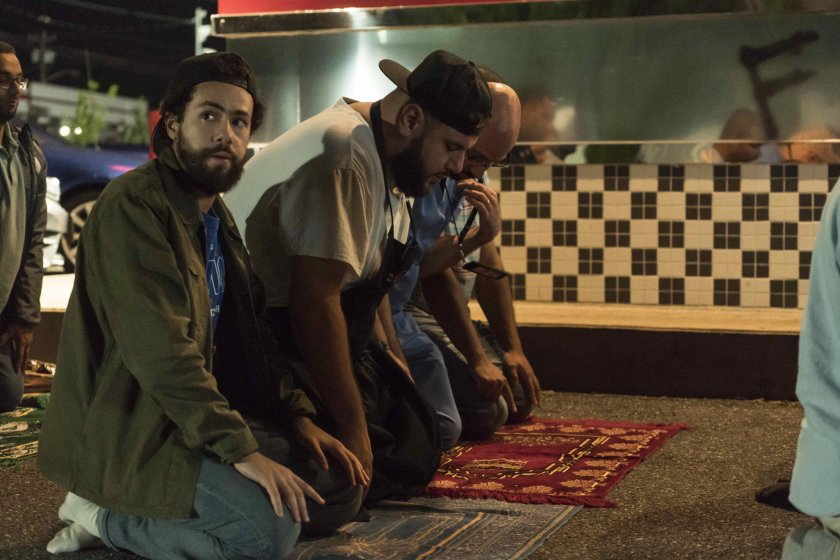 In the Bhagavad Gita, Lord Shri Krishna once said to Arjuna “It is a sin to commit injustice, but it is a greater sin to tolerate injustice.” So what will you do? Be an ally and advocate for the oppressed? Or continue to be a bystander with no end of injustice in sight?

Sita endured 14 years of suffering in the forest with Ravana. Her story and suffering is so poignant that it survived and been studied over centuries. But how can we empathetically preach her story while turning a blind eye to the injustices that our Black brothers, sisters, nonconforming sibs have faced over the last 400 years? “The story of America is about millions of Sitas who had to face horrific situations. But they, unlike ours, had no Hanuman. Still, Black people have survived and thrived. Let’s tell them the story of Black America. We all have sankaras (formations) that come from how we perceive things. They condition our mind to think in certain ways. But at the same time we have a choice to remove the old sankaras that are based on false illusions and replace them with truth and loving kindness.” 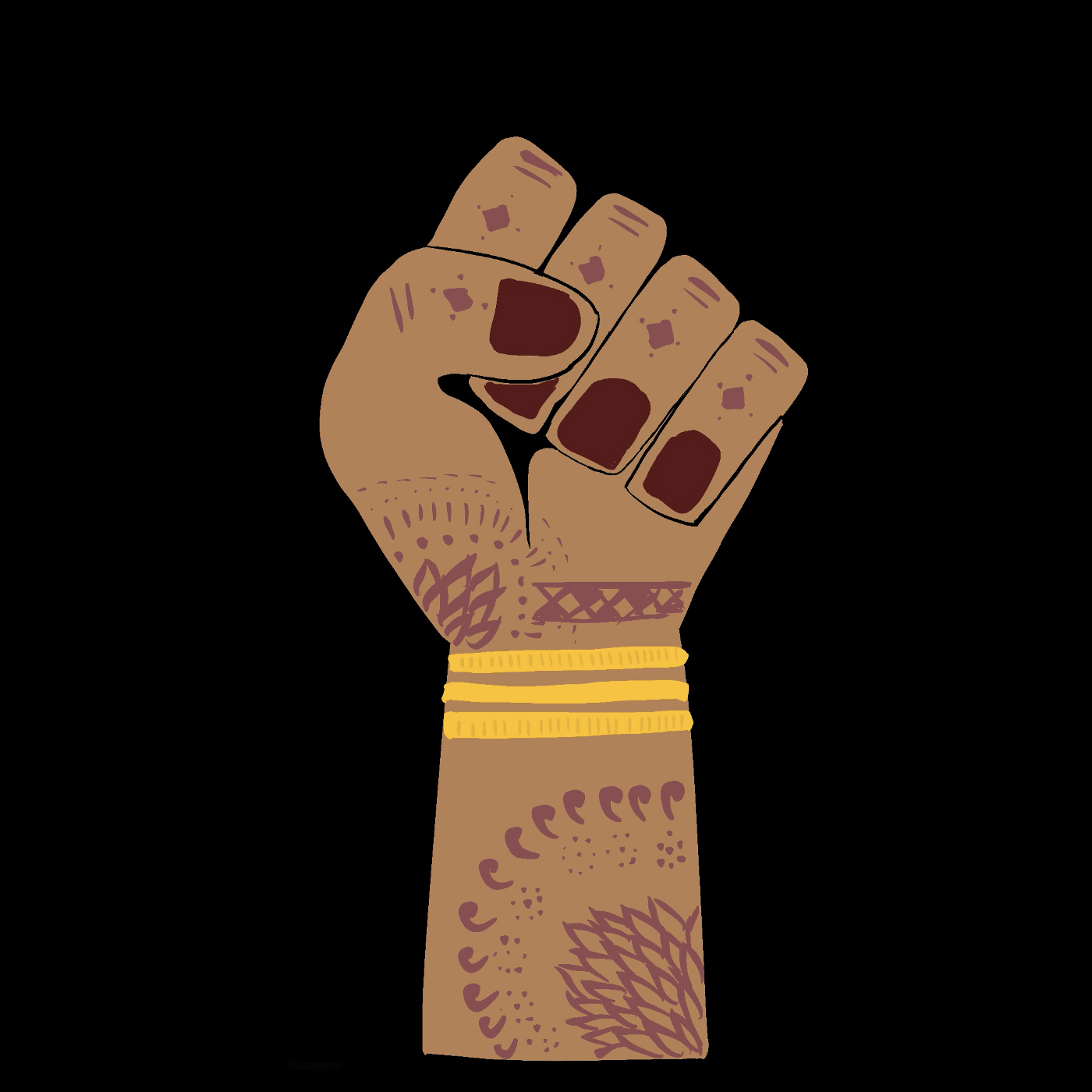