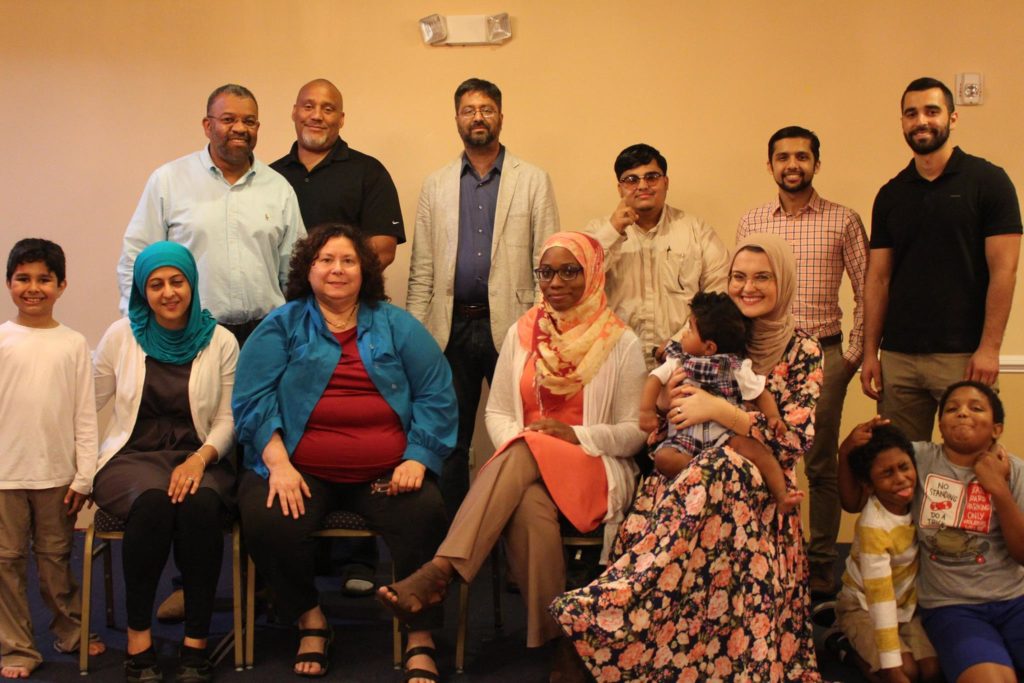 On July 8th, the first ever convert conference, sponsored by Muslims 4 peace, and in coordination with the group Practical Islamic Spirituality, had their first annual gathering at Masjid e Ali in Somerset, NJ.

The first speaker was Amina Spahic, who addressed how she came to Shia Islam, and in particular how the ahlul bayt (3as) were inspiring role models for her, and the need and importance of political engagement and awareness in this country.

The second speaker was Dr. Ulrick Vieux, a psychiatrist with an Ivy League background who spoke about how he came to Islam and in particular Shia Islam, with the ahlul bayt (3as) being role models, and for the logic inherent in Shia theology.   He addressed mental health issues and challenges and spoke of the need for individuals to not let outside factors cause emotional distress and prevent progress as it pertains to mental health and Islamic community and development.

The final speaker was Khadi Karim.  She spoke about her conversion to Islam and to the path of the Shia and how the ahlul bayt (3as) were inspiring role models for her and in particular for her martial arts.  She has been a certified practitioner of several martial arts, and spoke about the need for Muslim women and men to be educated about safety and self defense.  She performed demonstrations on some of the Muslim women with Hijab, and techniques on how to protect themselves from attackers.

The last session was where the attendees went to Sea Girt, a quite beach along the Jersey Shore, and where several enlightening discussions were held.

Attendees expressed gratitude for this event, and are looking forward to next year’s event, insha Allah.