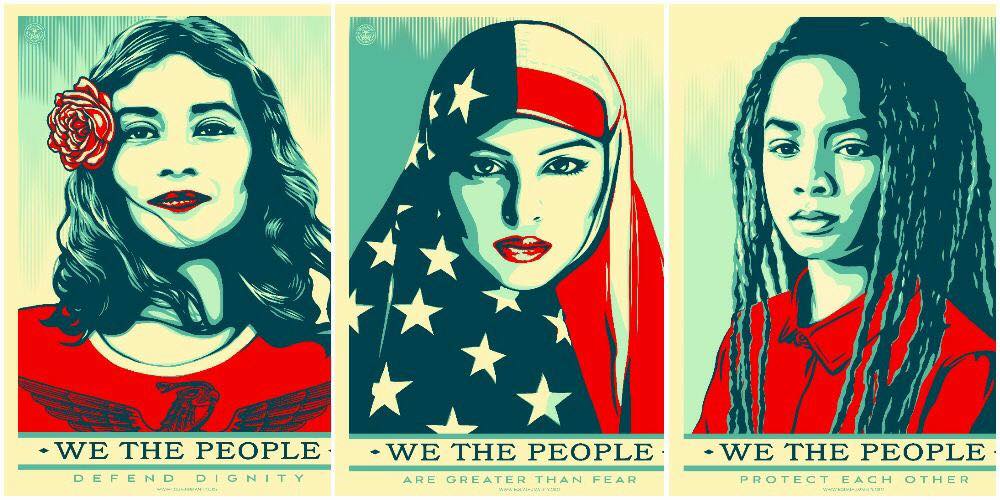 What can we, as Muslim Americans, do in this difficult time?

Since September 11, 2001 Muslims living in America have had to work tirelessly to condemn acts of terrorism. Muslims have also increasingly been the victims of hate crimes, bullying, and anti-Islamic rhetoric. We constantly find ourselves defending our faith and looking over our shoulders. Unfortunately, the xenophobia that we have experienced since the most recent election cycle has only made things worse for Muslims. As Muslim Americans, what can we do to counter the anti-Islamic rhetoric that we have encountered? How can we fight issues such as the “Muslim Ban” in the most effective way possible?

The first and easiest step is to make your voice heard. According to CAIR (The Council on American-Islamic Relations), it is important to get involved at the local community level. This includes actions such as getting to know your neighbors, getting involved with the PTA at your children’s schools, and joining forces with your local mosque(s) in hosting events such as blood drives or health fairs that are open to the general public. Join protests and rallies, attend interfaith and town hall meetings, and be vocal on social media by denouncing executive actions such as the Muslim Ban. Work with local political figures and become a part of local politics by voting and/or participating in elections.

Unfortunately, it is not enough just to counter xenophobic rhetoric that is specific to Muslims. We must not forget that other minorities are under attack as well. We must give power to the phrase, “United we stand, divided we fall” by joining forces not just with other Muslims, but with people of all faiths, beliefs, and backgrounds. Then, and only then, can we begin to gain momentum against the rampant hatred that has taken hold in our society.

And last, but not least, we cannot forget to look to Allah (SWT) and the Qur’an for enlightenment. We must pray to Allah (SWT) not just for guidance, but for the well-being of all people, Muslims and non-Muslims alike. We must exercise patience and look to the Sunnah of Prophet Muhammad (SAW) in this trying time as an example of how to react in the face of adversity. And do not forget, “Indeed with hardship, there will be ease” (Surat-al-Sharh 94:6).