Fasting Muslims know that putting on excess weight is one of the unwanted pitfalls of Ramadan. The long hours without food or drink lowers the body’s metabolism; the spiritual obligations do not end with the fast, but include special night prayers called the taraweeh, as well as doing acts to be more connected to God, such as making du’a (supplications). All of these activities mean that many Muslims end up sleeping less hours than they normally do. This also has the effect of lowering one’s metabolism.

So it is critical that one does not over-eat, gorge, or feast during iftar (the breaking of the fast). Doing so would cause weight gain.

Here are some useful tips on how to avoid weight gain during Ramadan.

Those observing the fast should have at least two meals a day, the pre-dawn meal (Suhoor) and a meal at dusk (Iftar).

Food intake should be simple and not differ too much from your normal diet. It should contain foods from all the major food groups:

Complex carbohydrates are foods that help release energy slowly during the long hours of fasting. They are found in foods such as barley, wheat, oats, millet, semolina, beans, lentils, wholemeal flour and basmati rice.

Fiber-rich foods are also digested slowly and include bran, cereals, whole wheat, grains and seeds, potatoes with the skin, vegetables such as green beans, and almost all fruit, including apricots, prunes and figs.

Foods to avoid are the heavily processed, fast-burning foods that contain refined carbohydrates (sugar and white flour), as well as fatty food (for example cakes, biscuits, chocolates and sweets, such as Indian mithai).

It’s also worth avoiding caffeine-based drinks such as tea, coffee and cola. Caffeine is a diuretic and stimulates faster water loss through urination.

Suhoor, the pre-dawn meal, should be a wholesome, moderate meal that is filling and provides enough energy for many hours. Suhoor should be light and include slow digesting food like pitta bread, salad, cereal (especially oats) or toast so that you have a constant release of energy.

It’s customary for Muslims to break the fast (Iftar) with some dates, in accordance with the Prophetic traditions. Dates will provide a burst of energy. Fruit juices will also have a similar, revitalising effect.

Start by drinking plenty of water, which helps rehydration and reduces the chances of overindulgence. Avoid the rich, special dishes that traditionally celebrate the fast. 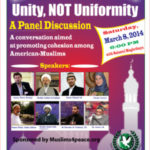 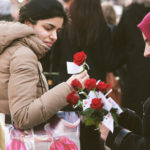 Roses from the Prophet 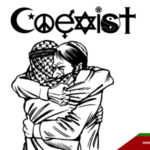 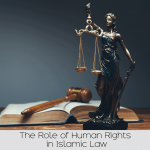 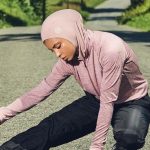