Muslims for Peace kindly requests your presence at “The 16th annual Prophet Muhammad Interfaith Conference: Family, in the traditions of major faiths.” This event will be held on Sunday, October 16 from 1:30 pm to 6:00 pm at the Monroe Township Senior Center (12 Halsey Reed Road, Monroe Township, NJ 08831).

​Four key speakers who will be attending is Professor Juan Cole from the University of Michigan, Scholar Sayed Jawad Qazwini, and Authors Walter Ruby and Sabeeha Rehman.
​Prior to the program there will be a reception and an opportunity for networking.

​Therefore, we request that all attendees hasten to register for this enlightening conference in advance. Moreover, Please show your confirmation email at the door. Registration is open to all age groups and is free of charge along with parking and dinner will also be served!

Registration is required by October 14th 2022 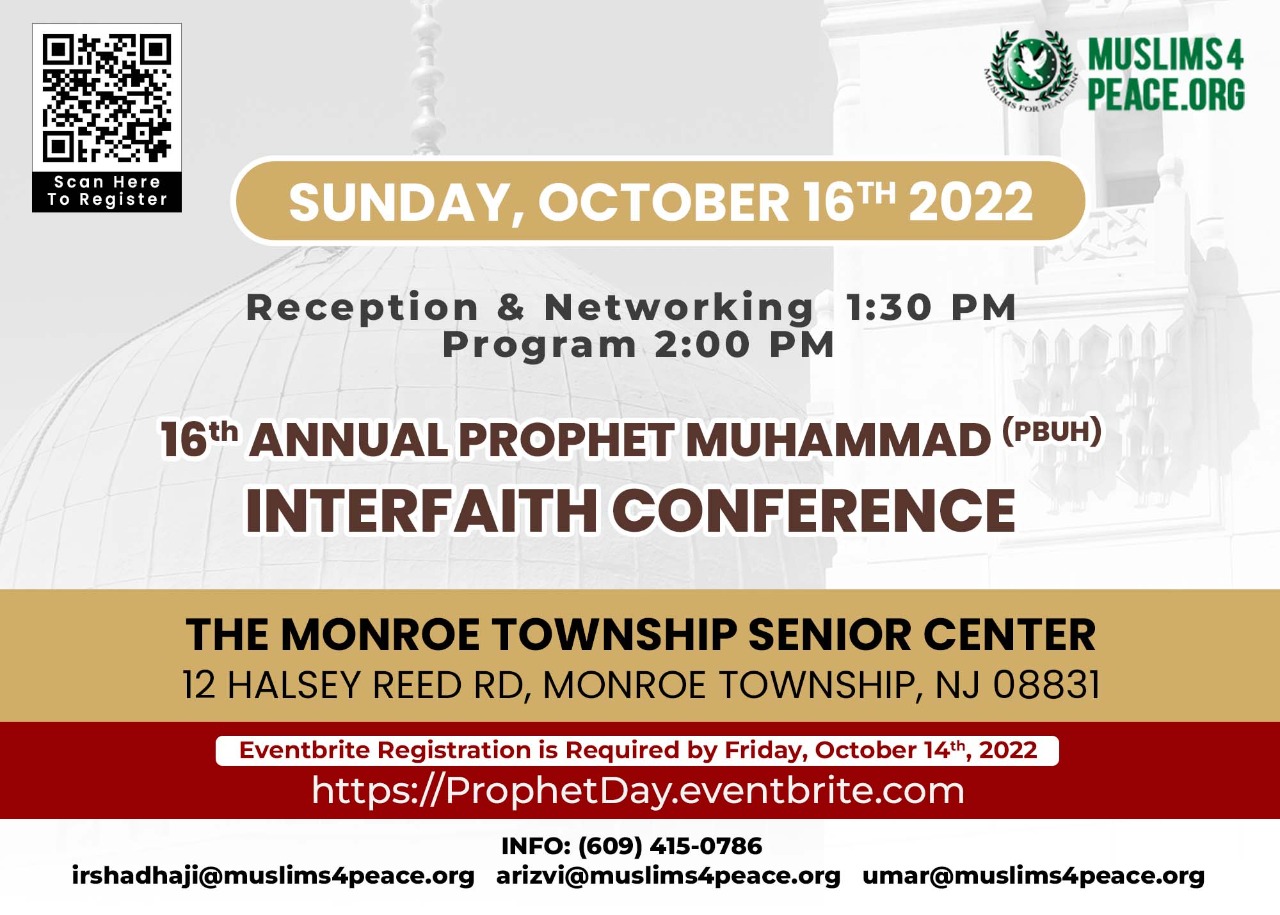 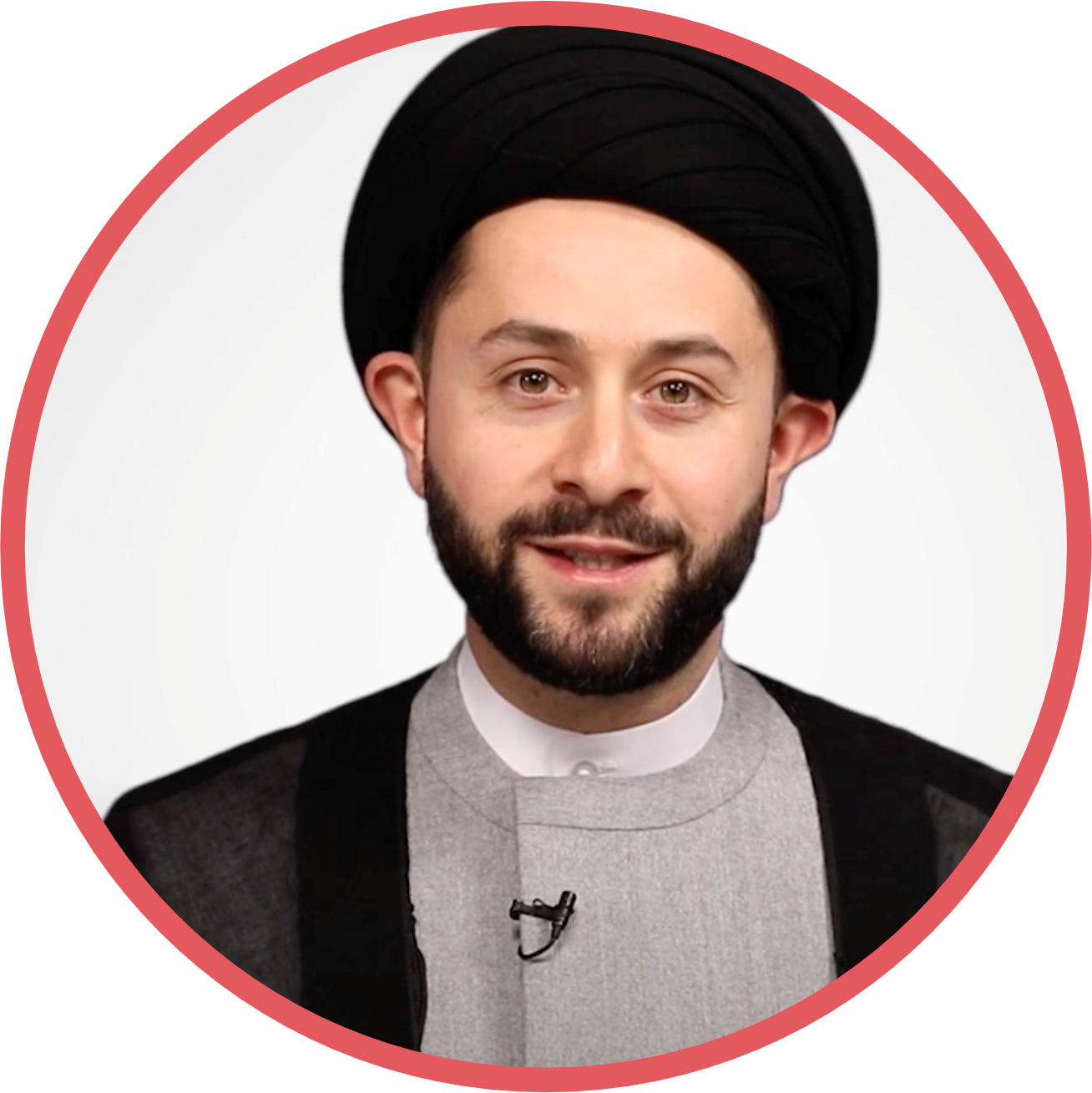 Sayed Jawad Qazwini is a charismatic leader who has achieved recognition as an educator, lecturer, author, and a recognized scholar at the seminary of Qom. He is the founder of multiple global organizations such as 365 Islamic Entertainment Network and The Imam Ali Conference. Sayed Jawad’s work is centered around youth engagement, women empowerment and interfaith dialogue. He has several popular lecture series including: “Islam Between Originality And Distortions” which covers a complete examination of Islamic History as well as the “Closer Look into the Glorious Book” series where he summarizes an entire chapter from the Holy Quran in one session. 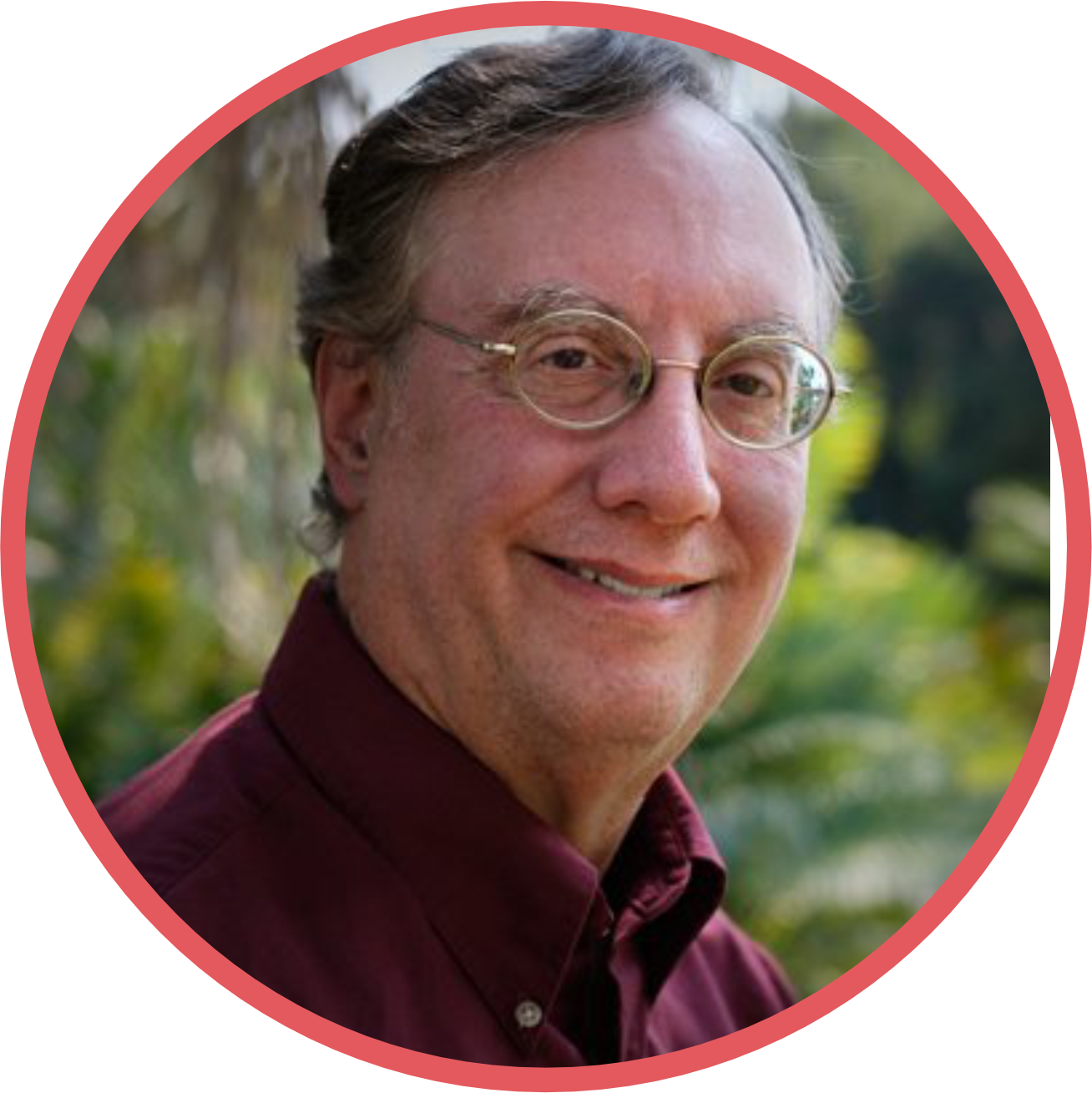 Juan R. I. Cole is Richard P. Mitchell Collegiate Professor of History at the University of Michigan. Cole has devoted his career to understanding the Middle East and the Muslim world more generally, and to critically evaluating its relationship with the North Atlantic states. His most recent book is The Rubaiyat of Omar Khayyam: A New Translation from the Persian. Among his other recent works are Muhammad: Prophet of Peace amid the Clash of Empires (Bold Type Books, 2018) and The New Arabs: How the Millennial Generation is Changing the Middle East (Simon & Schuster, 2014). He has translated works of Lebanese-American author Kahlil Gibran. He has appeared widely on media, including the PBS News Hour, ABC World News Tonight, Nightline, the Today Show, Anderson Cooper 360, Rachel Maddow, Chris Hayes’ All In, CNN, the Colbert Report, Democracy Now! and many others. He has written about Egypt, Iran, Iraq, the Gulf and South Asia and about both extremist groups and peace movements. He is proprietor of the Informed Comment news and analysis site. Cole conducts his research in Arabic, Persian and Urdu and Turkish as well as several European languages. He knows both Middle Eastern and South Asian Islam. He lived in various parts of the Muslim world for more than a decade, and continues to travel widely there. He has written, edited or translated 21 books and authored over 100 articles and chapters 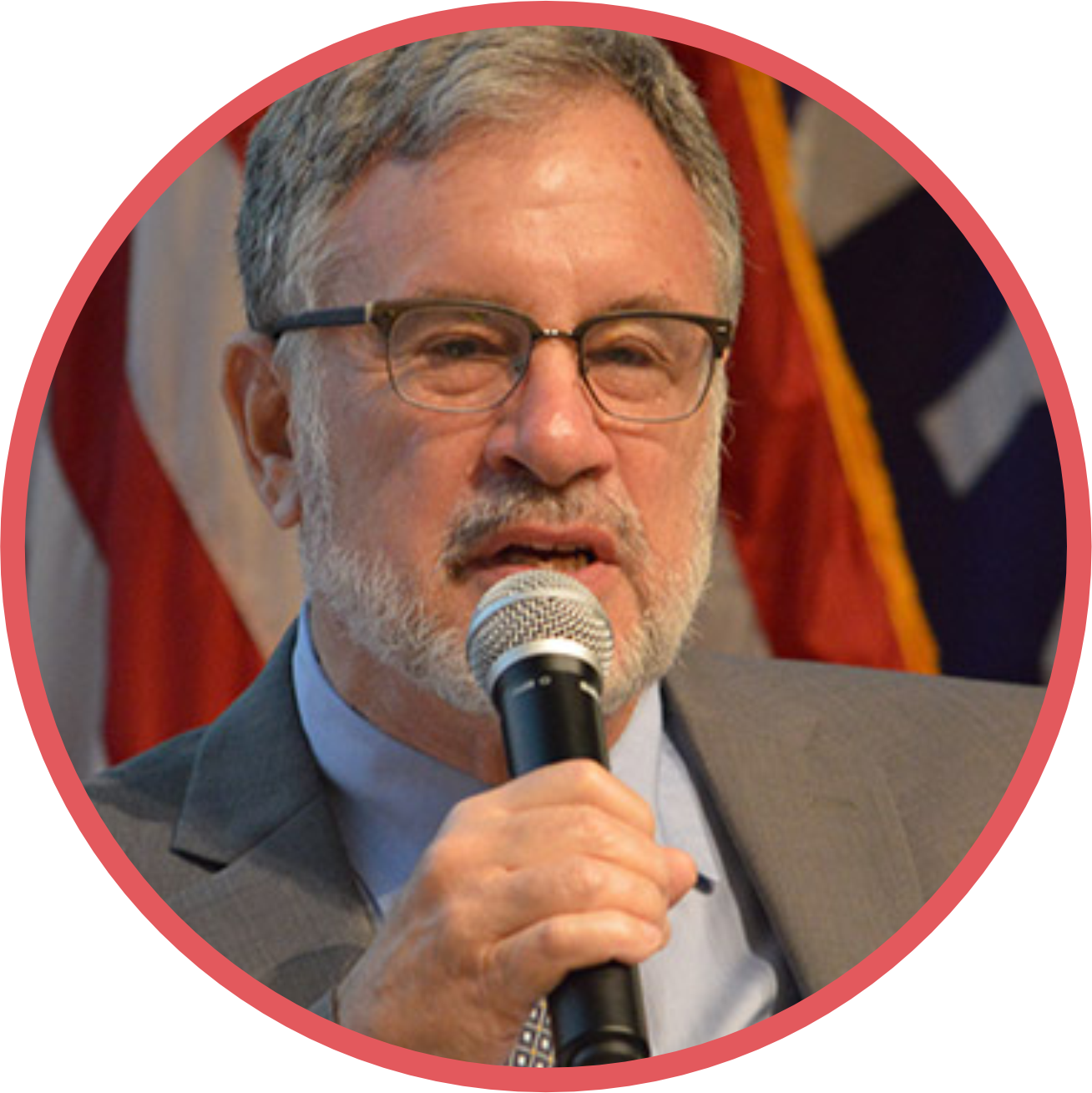 Walter Ruby is a veteran activist in Muslim‐ Jewish relations who has organized hundreds of twinning events bringing together thousands of Jews and Muslims in more than thirty countries around the world. Ruby served for decades as a reporter and commentator for American Jewish and Israeli publications. His articles and op‐eds have appeared in the New York Times, Wall Street Journal, Los Angeles Times, USA Today, Washington Jewish Week and Baltimore Sun. He lives with his wife, Tanya, in Frederick, Maryland. Walter and Sabeeha Rehman are co-authors of the book We Refuse to be Enemies. How Muslims and Jews Can Make Peace, One Friendship at a Time. 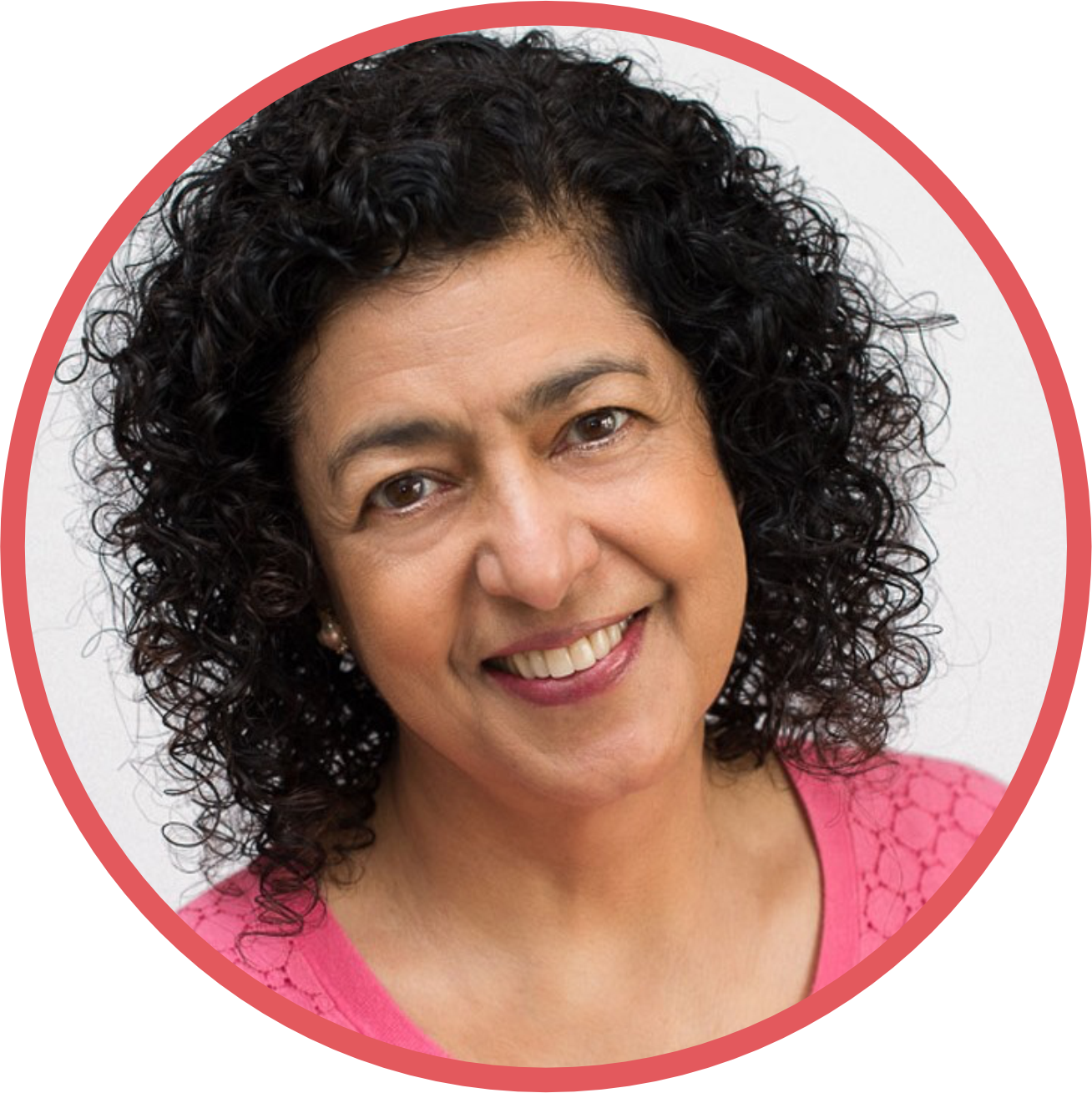 Sabeeha Rehman is the author of the memoir Threading My Prayer Rug, which was a finalist for the William Saroyan International Prize for Writing, received the San Francisco Book Festival Award, and was listed as Top 10 Religion and Spirituality and Top 10 Diverse Nonfiction Books by Booklist. A blogger and public speaker, she is an op‐ed contributor to the Wall Street Journal, and has published articles in Forward, Salon. Com, NY Daily News, Washington Jewish Week and The Baltimore Sun. She lives with her husband, Khalid, in New York City. Sabeeha and Walter Ruby are co-authors of the book We Refuse to be Enemies. How Muslims and Jews Can Make Peace, One Friendship at a Time.

Here is the full list of 2022 MFP Award Recipients 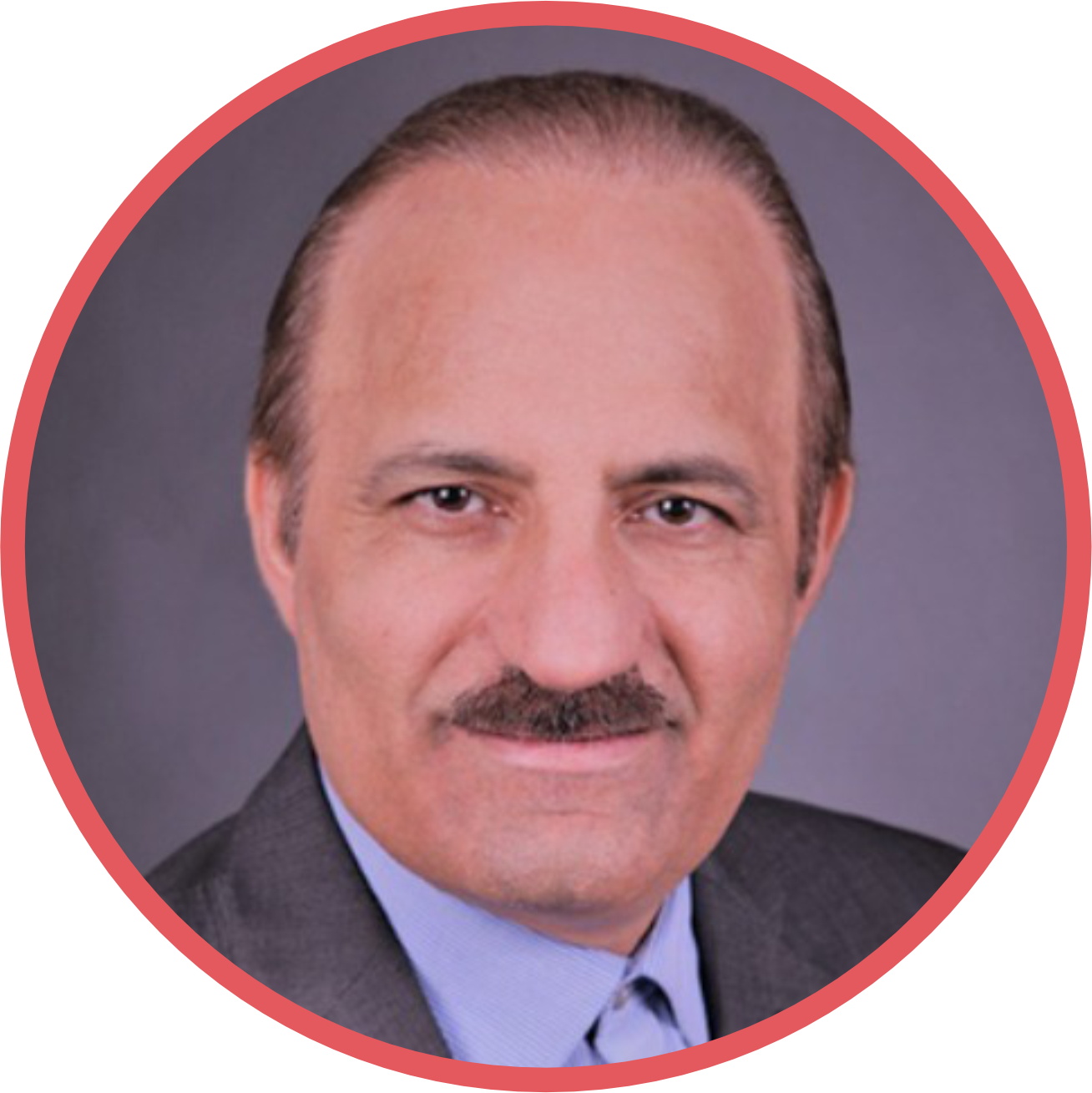 Mohammad A. Zubair, a physician specializing in pulmonary disease and sleep disorder medicine in New Jersey for nearly 30 years. He was appointed by New Jersey Gov. Phil Murphy and confirmed by the state Senate on March 9, 2021 Rutgers University Board of Governors. Zubair, who has extensive experience treating underserved populations in urban centers, is director of the Sleep Disorder Center at Newark Beth Israel Medical Center, an attending physician for the brain trauma unit at JFK Medical Center in Edison and he runs his own clinic in Woodbridge. With the help of other Pakistani American physicians, he also established a free clinic in Plainfield, open Sundays, to fill a gap in community health care. He has served as chairman of medicine, director of pulmonary medicine and director of respiratory and sleep disorder medicine at Bayonne Medical Center. A prominent leader in the state’s South Asian and Muslim communities, Zubair is a founder of both the Association of Physicians of Pakistani-descent of North America – New Jersey Chapter and the state’s Pakistan Day Parade.

“An Inspiration to Inclusion and Diversity”
MFP Humanitarian Award 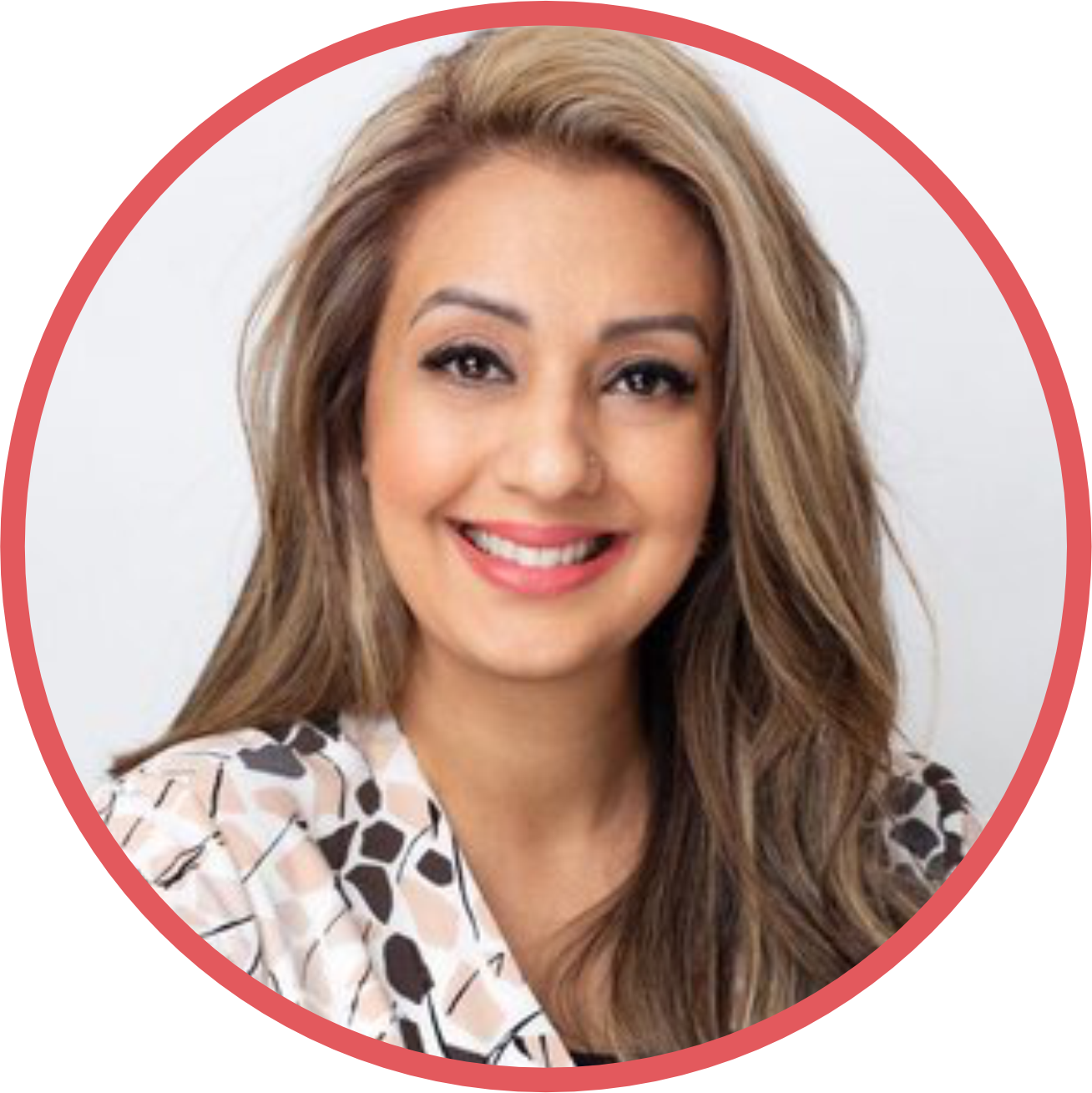 Managing Director of FT Translation Services. She has acquired extensive translation experience through continual collaboration with renowned media outlets such as Al Jazeera America and The New York Times. Her work includes supervising several translation and subtitling projects for distinguished documentaries and movies.

She had a long and successful career serving the needs of others, specifically the marginalized, low-income refugee families of, mainly, South and Central Asian and Middle Eastern descent.
She is subject matter expert, advised and lectured on various topics relating to domestic violence, refugee rights, and holistic health.

“An Inspiration to Inclusion and Diversity”
MFP Humanitarian Award 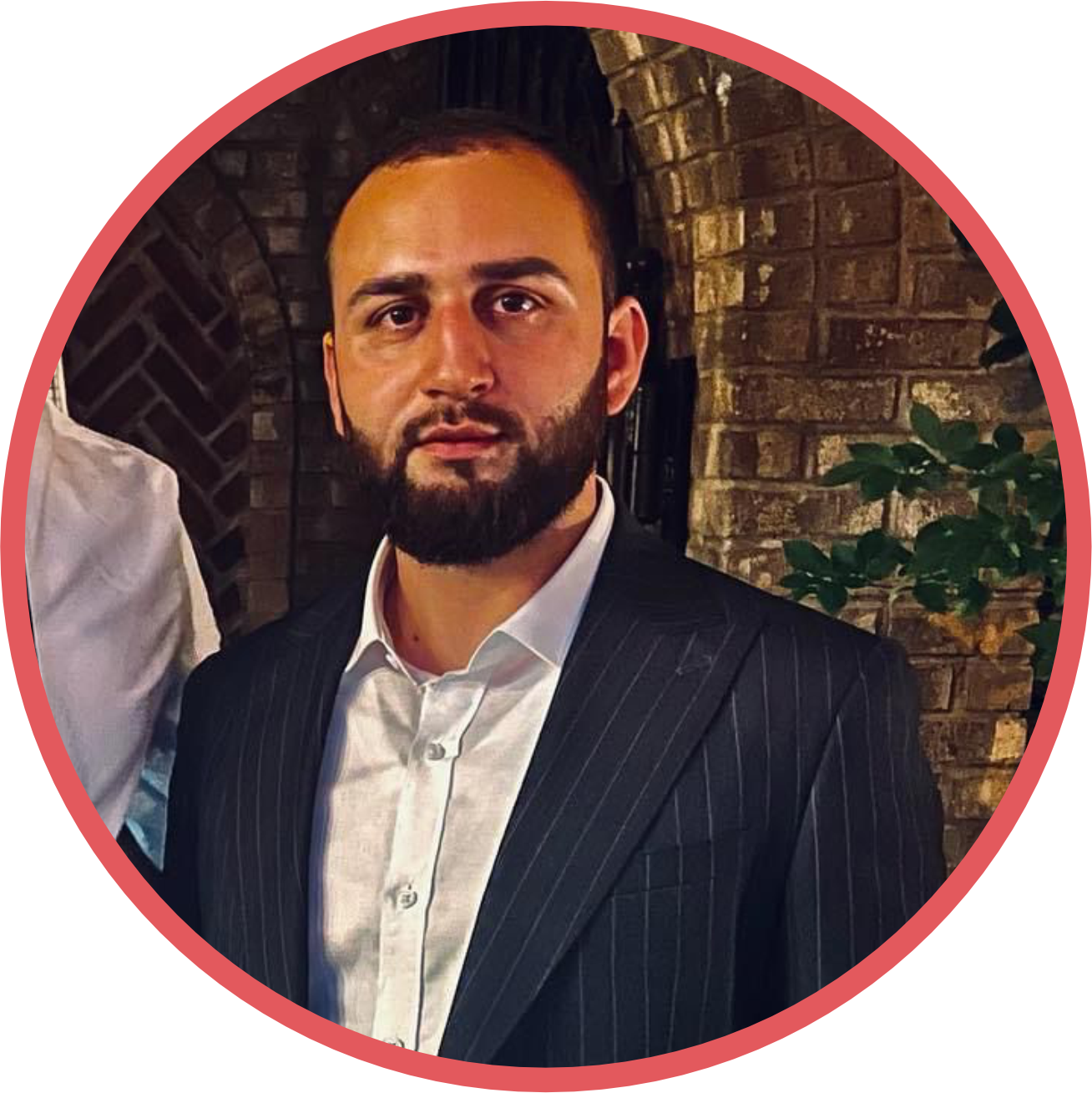 Sikandar Khan is an elected ward leader for Paterson, New Jersey. He has extensive experience serving his community, including as Commissioner to the Paterson Board of Adjustment, Coordinator and as the Senior Economic Development Representative to the City of Paterson. As Executive Director he oversees the overall strategic direction of the organization. 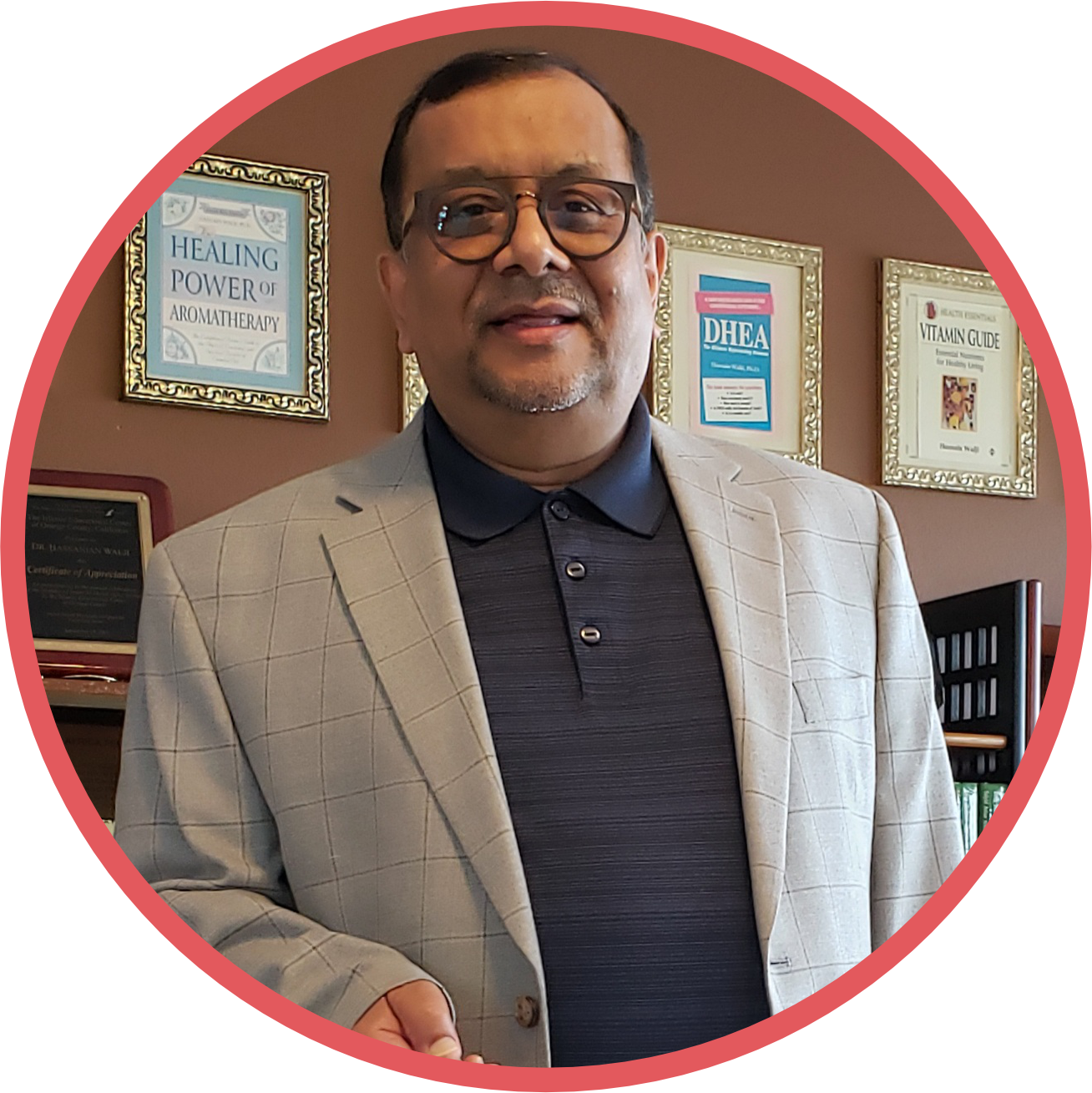 Hasnain Walji, Ph.D. is an educator, speaker, historian, film maker, author and scientist in the field of nutrition with 26 books to his credit.

With almost half a century of voluntary service in the nonprofit sector, he has developed deep insight on how communities can address social challenges as they confront new realities. His active engagement on many boards ranging from The World Federation of Khoja Shia Communities, Universal Muslim Association if America, National Muslim Catholic, Dialogue, the Interfaith Peace Ministry of Orange County, The Shura Council of Southern California, The Shia Muslim Council of Southern California, American Muslim Health Professionals and ISEEK (International Society for Education Enlightenment and Knowledge, all demonstrate the breadth of his socio-political endeavor in tackling social injustices that confront our civil society.

Currently, he serves as Executive Director of United Global initiative – an international NGO with a focus on women empowerment and children’s health. A signature project if UGI is CodeGirls with a mission to empower more women in the Tech Sector in Pakistan. UGI also runs water projects to provide clean water to rural communities in Pakistan as well as Vitamins to women and children in developing nations. His passion is to make this world a better place for his seven grandchildren. 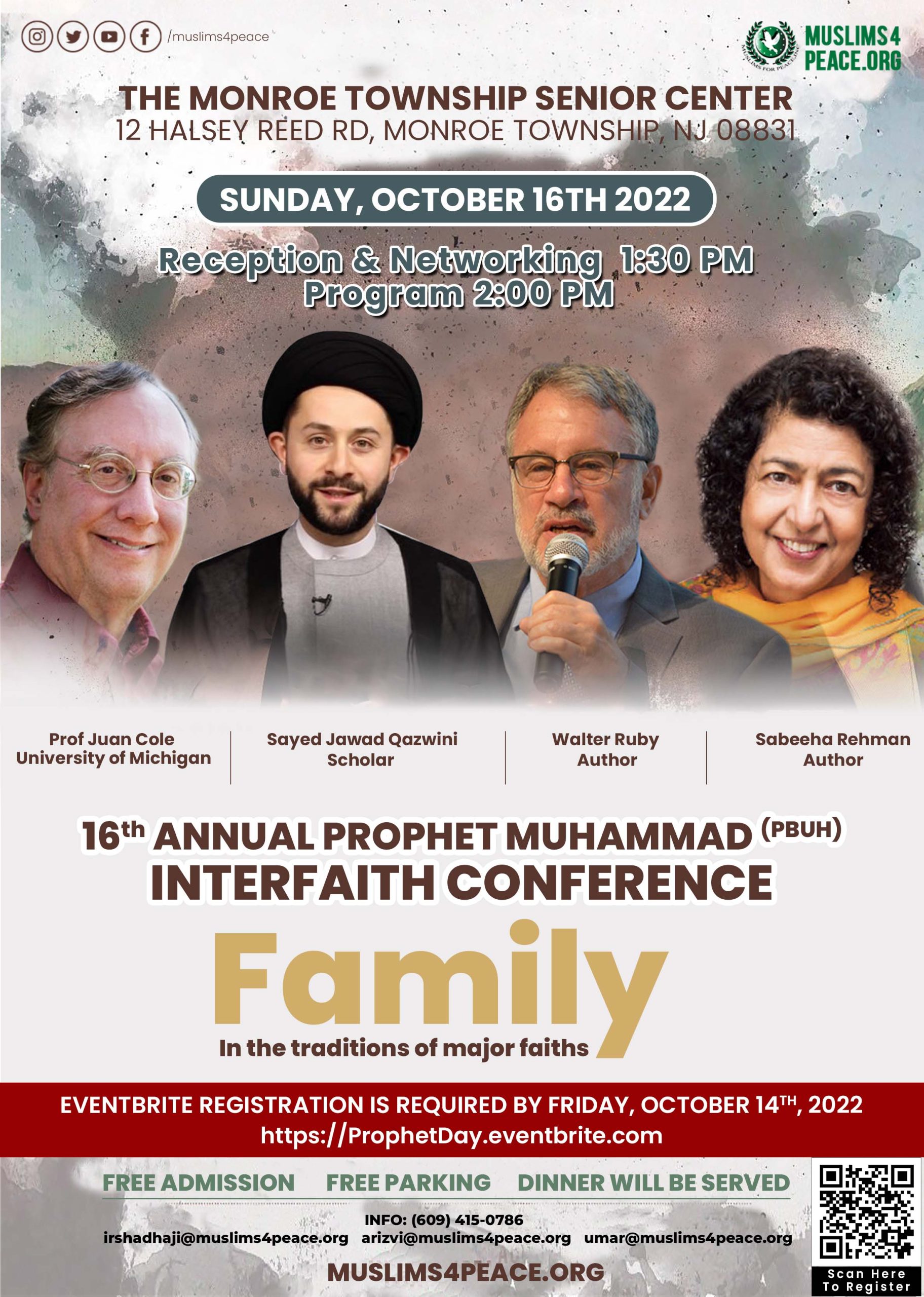 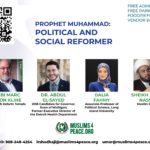 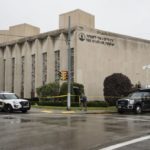 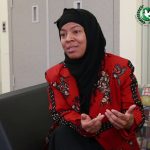