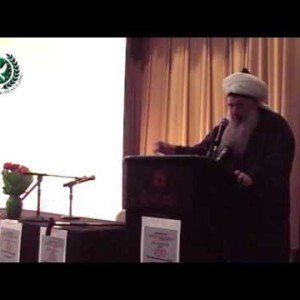 Born in 1947, Abdul Haqq grew up in Chicago with the American name of ‘Peter’. From the time he was a young man, he felt drawn to the mysteries of the spiritual world that lay within him. He pursued his formal education [in Journalism] at Southern Illinois University and later at Roosevelt University in Chicago, but felt unfulfilled by his collegiate experience. After school, he married and ran a successful business while raising his family but still he felt that his life was incomplete. He determined to find someone who could guide him to his true calling, and thereby enable him to gain a real understanding of the deeper mysteries of life. After much reading and traveling and meeting with different teachers and groups he finally met the famous Sufi Master Mawlana Shaykh Muhammad Nazim Adil Al-Haqqani, from Cyprus. His first encounter with Shaykh Nazim was cathartic. Abdul Haqq at once saw his spiritual mentor and his key to fathoming the unknown.

“He was able to impart a deep sense of inner peace to me and for the first time to awaken my hope for genuine spiritual fulfillment. Shaykh Nazim once told me that, ‘Every spiritual master was assigned his disciples in the world of spirits, in which all of us existed together before we began our lives here on this earth.’ He further said that, ‘every shepherd knows his flock and every follower recognizes his master in some basic instinctual way. Without this recognition, the conscience can never be satisfied that it has found its true home.’ He taught me that, ‘The faculty of conscience, which is not to be confused with emotion, is instilled or woven into the fabric of every individual personality by its Designer and if heeded will guide its owner to the Truth.’ He cautioned me that, ‘Sometimes we put such a heavy load on our conscience that it becomes difficult to heed its warnings, but none the less it is there for those who take the trouble to consult it.’”

Thus, at that first meeting with Mawlana Shaykh Nazim in 1978, Peter Sazonoff was initiated into both the religion of Islam and the Naqshbandi Haqqani Sufi Order, and was given the name of “Abdul Haqq” or Servant of the Truth. In 1991, Shaykh Nazim placed Abdul Haqq under the care of his deputy and son-in-law, Mawlana Shaykh Muhammad Hisham Kabbani, to continue his training in the finer points of the Naqshbandi way. In 1993, he was appointed caretaker of the Naqshbandi Spiritual Retreat Center in Fenton, Michigan. In 1998, Abdul Haqq underwent, at the order of his master, the traditional Naqshbandi forty-day seclusion for arduous training on the subtle aspects of spiritual life. In the spring of 1999, Abdul Haqq was part of a team sent by the international relief agency, American Muslim Assistance [AMA], to provide assistance to survivors of the genocide in Kosova, and the disastrous earthquake in Western Turkey. He has been a frequent contributor of feature articles to The Muslim Magazine, and has traveled extensively to gather material of interest from around the Islamic world.

Today, Imam Abdul Haqq continues his spiritual training under the guidance of Shaykh Nazim and Shaykh Hisham, and speaks at their behest to interested groups about Islam, the Naqshbandi Sufi Way, and the spiritual dilemma that confronts contemporary people.
https://muslims4peace.org/

Prophet Muhammed PBUH :From the 100, a Ranking of the Most Influential Persons in History