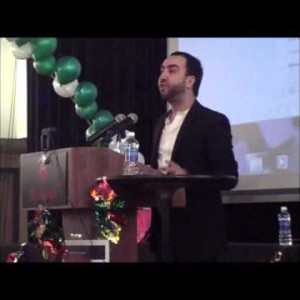 Sayed Ammar Nakshawani is regarded as one of the most powerful speakers in the Muslim world. He graduated from the University College, London with a degree in Psychology and Law in 2003, as well as studying Political change in Modern Britain at the LSE. He then completed an MA in Islamic Studies, and is now completing his PhD at the University of Exeter titled “Authority and Leadership in Early Islam: A Historigraphical Study of the Caliphate of Mu’awiya b. Abi Sufyan” under the supervision of Dr.Sajjad Rizvi , Prof Robert Gleave and Prof Clifford Edmund Bosworth.