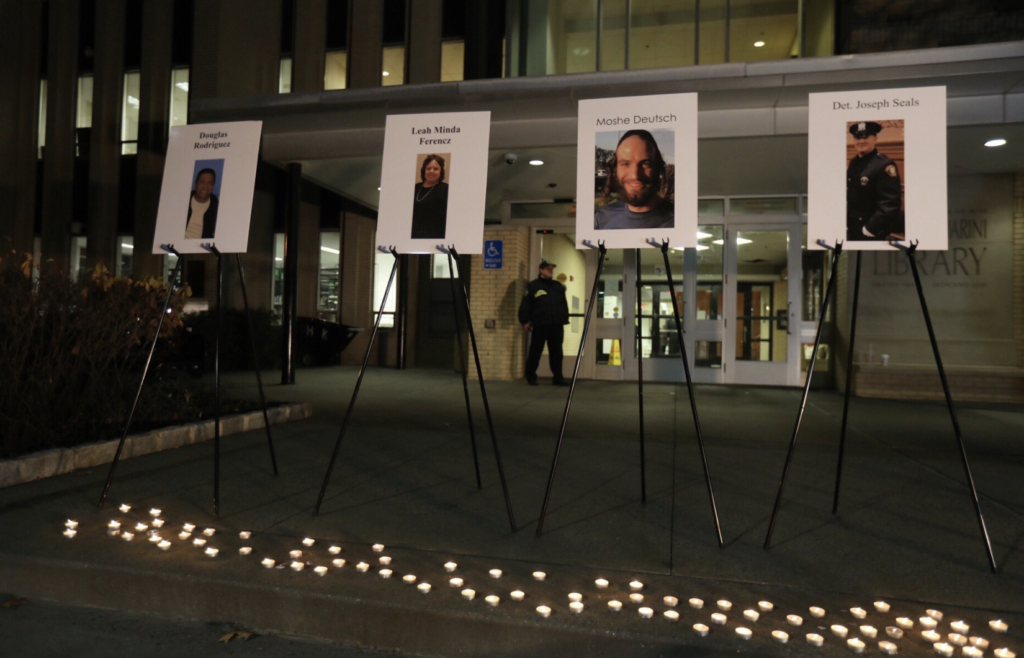 MFP strongly condemns the recent attacks and threats against the Jewish community here in New Jersey and in Europe. We condemn the hatred that was the basis for the attack in Jersey City, New Jersey. We condemn the hatred that was behind the disgraceful desecration of a Jewish cemetery in France. We call upon the President, other leaders, and our communities to speak out against the rising tide of anti-Semitism as well as that of Islamophobia.

On Tuesday, December 10, 2019, David N. Anderson and Francine Graham killed a police detective and then stormed a nearby Jewish market killing three. It is believed by law enforcement that their actions were fueled by anti-Semitism and anti-law enforcement beliefs.

On December 14, 2019, over 100 tombstones in an ancient Jewish cemetery in eastern France were desecrated with symbols of hate. It was the 42nd anti-Semitic attack in the region in the last 18 months. It is believed that the actions are being invited by hate-filled websites that have been connected to the United States.

MFP strongly condemns these attacks and stands with our brothers and sisters in faith and with law enforcement.