The scenes and characters are typical whereby Muslims are usually represented in roles of malice and terror in films and television shows. However, the mode of depicting Muslims in a grim light in the entertainment industry is slowly changing. A variety of networks are now streaming series or web shows that offer the real human side of Muslims. This has opened the doors to alter the negative image of Muslims to the masses. And certainly, it has not gone unnoticed as three Muslim actors have been nominated for the Golden Globes this year for the first time.

One of the most popular series “Resurrection: Ertugral” has had a large following worldwide as it depicts the history of Ertugral the father of Osman I, the founder of the Ottoman Empire, who fought to extinguish corruption and oppression wherever he discovers it. In this series, Muslims and non-Muslims alike are witnessed to the undying faith for God which Ertugral possesses. His loyalty to his religion, state, and people are visual lessons for those who commit to watching these series, as well as depicts the origin of one of the Ottoman Empires.

“Little Mosque on the Prairie” is a series created by a Canadian who offers to the viewers a depiction of the daily life of Muslims living in and around a Mosque. This is a much gentler form of a Muslim’s life in this era.

“Ramy”, on the other hand, is a sitcom based on the life of an Egyptian American living in Northern New Jersey who tries to find the balance between following the edicts of his faith with living in secular America. Various topics from the light-hearted to the dark comedy and drama are shown which gives the audience the practicality of Muslims living their lives in a non-Islamic nation. This is contrary to the images  that are usually portrayed of Muslims in countries where they are reaping havoc and oppression against their people.

Shows such as “Transplant” have also begun to illustrate Muslims not as ignorant, barbaric heathens but rather as educated intellectuals who desire to aid humanity. This show is about the life of a Syrian medical doctor whose aim is to help others. He practices in his hometown only to flee during the Arab Spring in hopes to practice in his new home in the West. Eventually, he lands a job in an E.R. in a big city hospital.

On the opposite spectrum is the show “Man Like Mobeen” which is about a man who is tried between his faith and the precarious environment he is living around that deals with drugs and counterfeit. It is an eye-opener for all to understand that which affects the common person is not different from that which affects a Muslim as well. Many times people are all facing some of the same issues; thus, these are common human factors that we all must acknowledge

For a more upbeat show that places Muslims on the positive side of the law instead of the criminal side  then “FBI” is a show to watch. A Muslim FBI agent who works out of the bureau’s New York office helps catch bad guys instead of detonating bombs.

When it comes to casting Muslims from different backgrounds, “East of La Brea” are episodes to view as an African American woman and a Bangladeshi immigrant are the main character who share living quarters in East LA. The show extends the realm of Muslim identity from being solely Middle Eastern to a more diverse range of ethnicities.

The popularity of such shows will demonstrate to the film industry the need for more diverse roles, especially of those who have been stereotyped into a single profile.  These shows offer to the wider audience a chance to look into the lifestyle and experiences of a Muslim.  Hence, another avenue in bridging the gaps between groups of people. 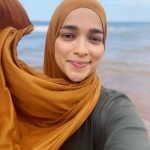 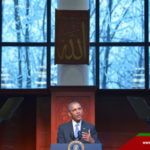 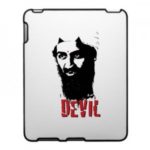 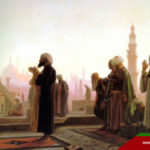 How Muslim inventors changed the world 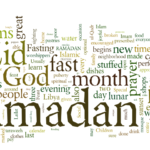 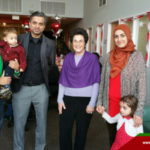